Been There, Done That

Project would create up to 2,500 construction jobs and approximately 100 permanent positions in the Houston area

Sapici and Wanhua sign an agreement on distribution and tolling cooperation for aliphatic polyisocyanates for the European,

BASF cutting finance department jobs as part of consolidation
By Eric Strauss, November 13, 2015 at 10:11 AM 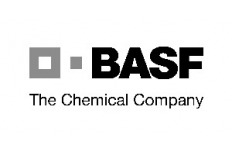 BASF Corporation is laying off more than 90 workers in the finance department at its Florham Park headquarters,

Evolution of the Mobile Phone