HOUSTON (ICIS)–Initial settlements for US July propylene contract prices are at a 0.5 cent/lb increase from June levels,

C&EN profiles Wanhua Chemical, a Chinese firm that made it big in urethanes
The world’s top producer of a key isocyanate fought to overcome early struggles
By Jean-François Tremblay

Inside Saudi Arabia’s Big Bet on Plastics
By
Javier Blas

Under a tent in the Saudi desert,

Mattress Recycling Down Under

Better bedfellows: how mattress manufacturers are stopping the waste 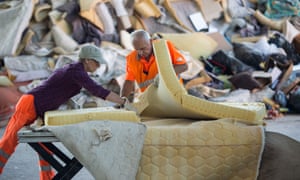