Customized golf grips like these are not allowed in regulation play,

Americas: The week ahead in petrochemicals, w/c Oct 16

Ten years ago, the 2008 Ford Mustang launched with seats made of soybean-based foam.

According to reports by the US news agency “PetroChemical News” on 2 October 2017,

Covestro announced that it will expand its thermoplastic polyurethane production capacity in North America by 25 % by debottlenecking its New Martinsville,

The Prices of Polyether Polyols and Propylene Oxide Saw Significant Increase after the National Day
2017-10-13    [Source:PUdaily]

More on DCB Contamination in Europe

Follow up: Contaminated PU foams do not pose a health hazard / Agitation in German mattress industry 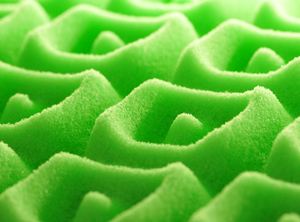 Mainly mattress manufacturers are affected by the incident at BASF (Photo: PIE)

The 1,4-dichlorobenzene (DCB) contamination of TDI that was produced and delivered by BASF (Ludwigshafen / Germany;

With the first wave of the new US crackers and downstream projects starting up,