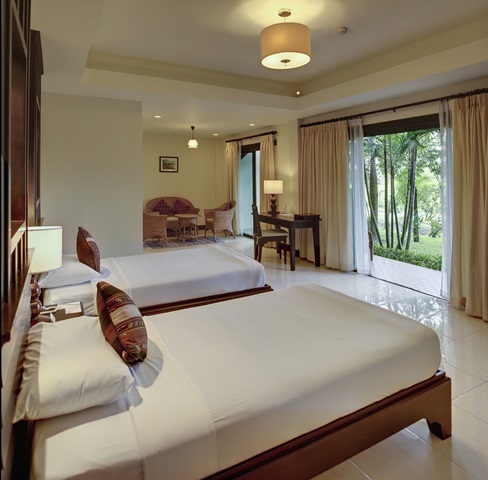 SINGAPORE (ICIS)–Domestic toluene di-isocyanate (TDI) prices in China have more than doubled over a three-week period to record highs, with no apparent support from supply-demand fundamentals, industry sources said on Friday.

On 12 October, average domestic TDI prices in the country stood at yuan (CNY) 35,500/tonne DEL (delivered) south China, the highest level since ICIS started tracking the market in May 2009.

Prices have had a cumulative increase of CNY18,150/tonne from 21 September, with some disruption to trades because of China’s National Day holidays on 1-7 October.

The magnitude of the increase over a short period of time has baffled market players.

“The [TDI] price increase is astounding…most of the [Chinese] plants are running at high rates while demand has also not shown much improvement,” a Chinese supplier said.

“Some foam makers are now selling their TDI stock in the market,” the supplier said.

Flexible slabstocks grade of polyether polyols when combined with TDI is used in the production of polyurethane (PU) foam for mattresses, automotive seats and furniture.

“I have heard a deal being done at [CNY] 58,000/tonne DEL south China,” a Chinese polyols producer said, but added that deals concluded at very high prices were very limited in quantity.

The spike in domestic prices may be partly due to concerns that German producer Covestro will ship out TDI from its plants in China to Europe, following production problems at its European plants, according to regional suppliers. The German producer declared on 6 October a force majeure at its methylene di-p-phenylene isocyanate (MDI) and TDI plants in Europe.

But it could not fully justify the excessive jump in China domestic prices, according to suppliers, since prices have started their steep climb weeks before Covestro’s force majeure.

Market players expect further gains in domestic TDI prices to be curbed as demand will likely subside, with downstream foam makers in China starting to cut production amid a margin squeeze caused by spikes in feedstock costs.

On the import front, most suppliers have ceased making offers in the week of 10 October and were adopting a wait-and-see stance amid current volatile prices.

Regional prices will likely extend gains in the coming weeks, supported by tight availability of cargoes amid ongoing turnarounds at three South Korea-based plants in October and November.

“The last time I have seen such market madness was in 2008 before the global financial crisis but that time the prices were driven up by high crude oil prices and the economic boom in China,” a southeast Asian buyer said. 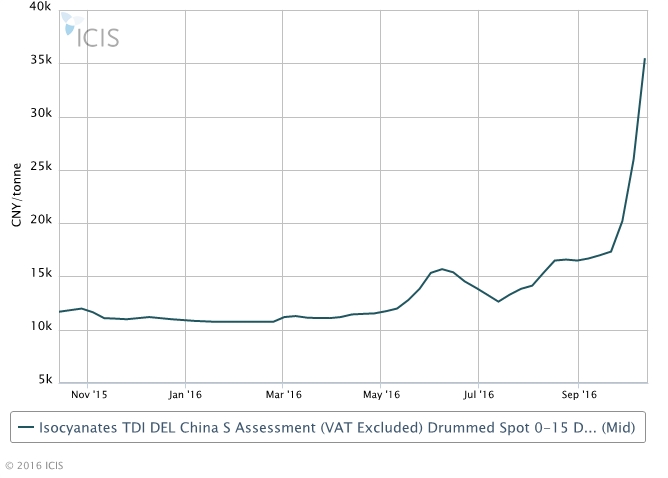 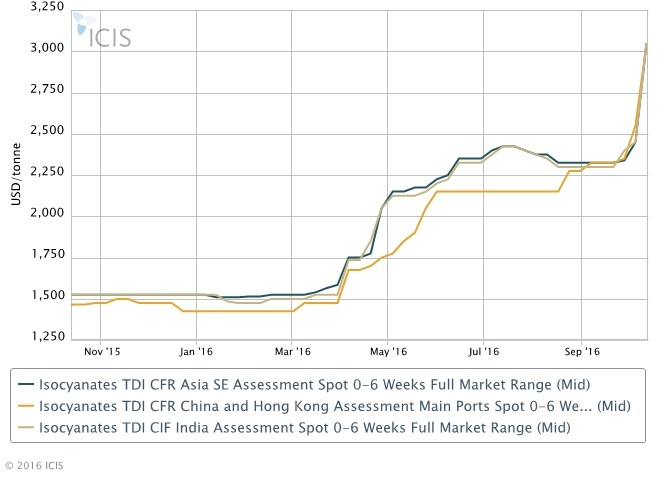 Picture: Flexible slabstocks grade of polyether polyols when combined with TDI is used in the production of polyurethane (PU) foam for mattresses, automotive seats and furniture. (Source: Design Pics Inc/REX/Shutterstock)