BARCELONA (ICIS)–BASF’s profit warning signals a major slowdown for the petrochemicals sector globally into the second half of the year. 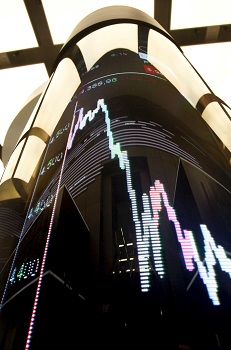 On 9 July, the German chemical major warned that second-quarter earnings before interest and tax (EBIT) before special items would plunge by 47% after significantly weaker-than-expected industrial production negatively impacted volumes and margin development.

The company highlighted the automotive sector in particular, which declined 6% globally in the first half of 2019 and by 13% in China, the world’s largest market.

Analysts estimate BASF’s exposure automotive at around 20% of sales. The agrochemicals sector was also down, particularly in the US.

Blaming the trade war for a slowdown in global economic growth and industrial production, BASF forecast full year EBIT before special items to fall by up to 30% compared to its previous estimate of a 1-10% increase.

The cuts come on top of previous profit warnings and falling EBIT before special items in 2018, when the downturn really began to hit.

The new estimate could take BASF’s performance back to levels not seen since the 2008 financial crisis (see graph).

ICIS market reports have signalled falling demand in key chemical value chains for months, and BASF’s warning shows it believes this will persist into the second half.

The US-China trade war has dented sentiment globally, leading to falling demand as consumers hesitate about making big-ticket purchases such as automobiles and electronic goods.

Only the US is still in positive territory but is losing momentum fast with a lower reading of 51.7.

EXPECT EARNINGS DOWNGRADES
Chemicals industry executives had pinned hopes on a resolution to the trade war, but this is still not in sight despite a pledge by both sides early in July to continue talks.

Having suffered declining chemical sales and margins in the first quarter of 2019, many companies such as BASF based full-year forecasts on a recovery in the second half of the year.

With BASF now abandoning this hope, we can expect to see other chemical companies around the world follow suit.

As the PMIs suggest, no region has been immune to the economic downswing as the direct and indirect effects of the trade war ripple across the economy.

CAPACITY ADDITIONS
On the supply side, capacity additions are creating oversupply conditions in some value chains, especially in markets exposed to the new US ethane-based capacities coming onstream during 2019 such as polyethylene (PE).

Huge volumes are due onstream with eight new crackers and expansions adding 10.8m tonnes/year, or 38%, to existing US ethylene capacity between 2017-2019.

PE capacity is due to rise by 6.5m tonnes or 41% over the same period.

ICIS data show that margins have been falling. The second quarter ended with variable margins for major petrochemicals and plastics mostly down sharply in the year to date.

Feedstock costs were lower in the first six months, year on year, but companies were not able to maintain pricing power as end use markets sputtered.

The momentum of the slowdown gathered pace from the middle of last year as the trade war intensified, with ICIS data indicating a slowdown in China chemicals demand, lower spreads over feedstock costs and shifts in trade flows.

“It has thus long been clear that the industry is heading for a major downturn, so no investor should be surprised by the BASF results. How deep will the coming recession be? Very deep, in my view, as the chemicals industry has no Plan B,” said Richardson.

Companies have relied far too much on China for demand that was artificially inflated in 2009-2017 by excessive debt, he added.

Future demand in China is also extremely vulnerable to growing demographic pressures, with the country’s one child policy leading to an ageing population, with subsequent drag on economic growth.

According to International eChem chairman Paul Hodges, BASF’s new profit warning confirms the downward trend that has been visible since the autumn.

Companies have been relying on further stimulus from the central banks to buoy economic growth.

But, he said, stimulus has proved to be ineffectual against the impact of demographics.

RECESSION ALMOST INEVITABLE
“The industry now needs to prepare for what seems an almost inevitable recession. We don’t yet know how deep this will prove to be but one has to worry that falling earnings, at a time when corporate debt has never been higher, may prove a toxic combination,” added Hodges.

He urged chemicals executives to face up to the major uncertainties created by trade wars, volatile oil prices and the rise of the sustainability agenda.

Within Europe, the risk of a very disruptive no-deal Brexit at the end of October is now far too high for comfort.

Analysts at Bernstein Research pointed out that BASF’s new guidance implies a lessening of the decline seen in the first half (-36%) and second (-47%) to -28% or better in the second half.

BASF is therefore still expecting an improvement on its first half performance.

As well as the outages and pressure on cracker margins mentioned by BASF, equity analysts at investment bank Jefferies expect other headwinds to affect the company.

“Severe destocking, particularly in longer value chains, will likely spill into Q3 as well. As a result, TDI [toluene di-isocyanate] and MDI [methylene diphenyl diisocyanate] remain soft, auto demand for lubricants and catalysts is likely to continue to disappoint, and crop protection volumes and mix are likely [to bring] severe disappointments in North America (~40% of Ag sales).”