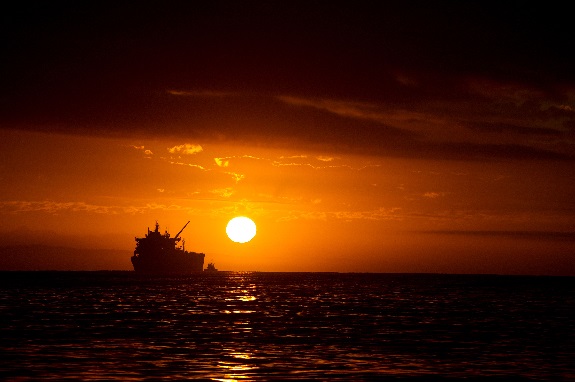 With limited outlet to the US and other destinations, most of the volume produced has remained within Asia, and in 2019 ample supply is expected with new capacity across Asia and the Middle East due to come on stream.

However, a majority of new downstream capacities of key downstream styrene monomer (SM) are also planned to come onstream from 2020 and beyond.

This lead and lag between benzene and SM start-ups is expected to cause temporary imbalances between demand-supply dynamics in 2019.

Based on the current start-up schedule, it appears that benzene supply in Asia and the Middle East will increase by 3.6m tonnes in 2019, while the total increase for SM is expected to be around 2.2m tonnes. 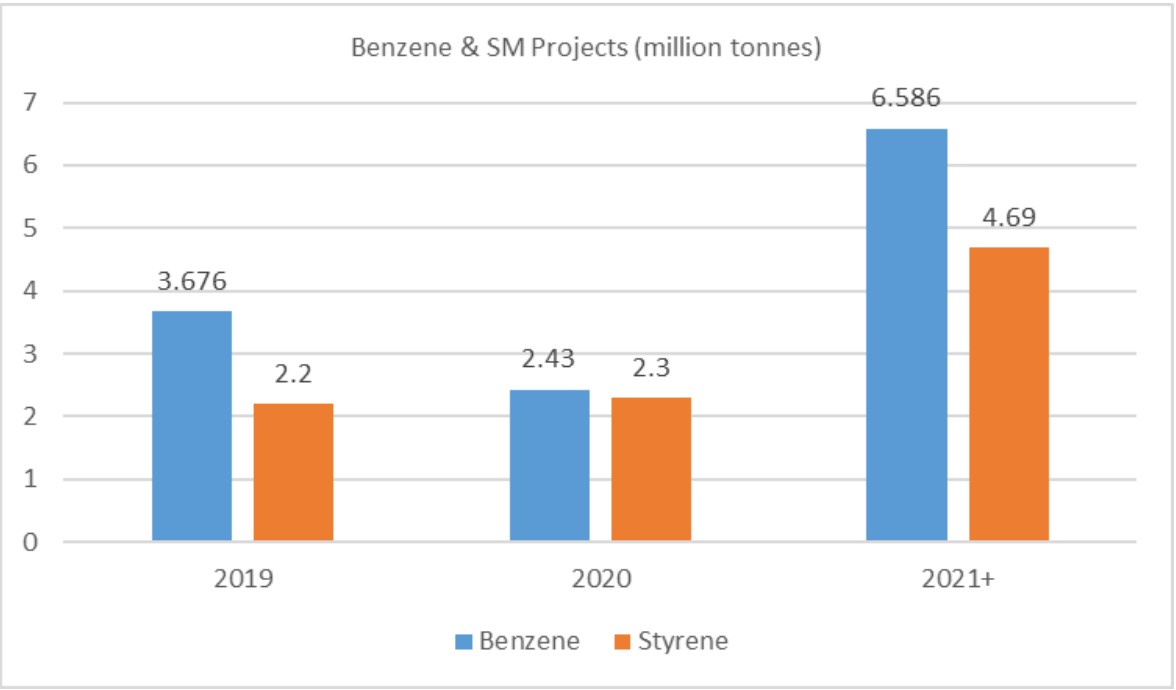 The benzene market has weakened from the third quarter as the US-China trade war escalated.

Spot prices, which were hovering between $800 and $900 per tonne in the first half of the year, crashed to below $700/tonne in the fourth quarter, ICIS data showed.

The temporary truce in the trade war, emanating out of the G-20 summit in Argentina in early December, is expected to buoy the market to some degree into the first quarter.

“Firmer crude futures on the trade war pause should help the benzene market in the near term,” said a trader in Singapore.

Benzene is a base chemical used to make other chemicals like styrene, phenol and caprolactam.

However, market players remained cautious after the downside volatility seen in the fourth quarter.

After all, the pause in the trade war remains temporary with no guarantee of resolution in the near term.

“Demand in China will continue to grow but is hampered by the ongoing trade dispute,” said a producer in Korea. 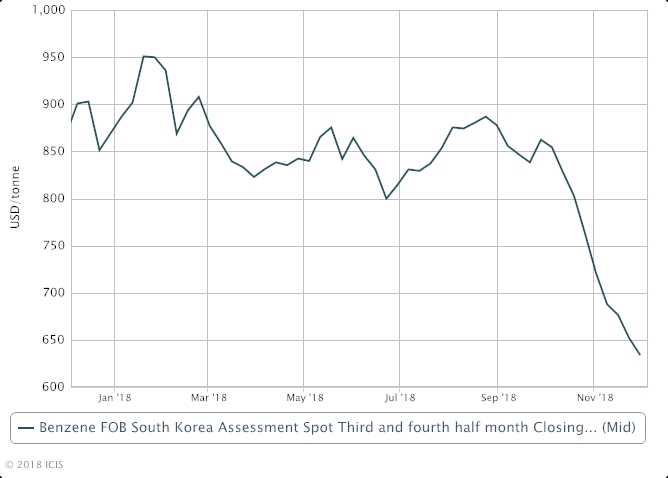 Meanwhile, the spot east-west arbitrage window, which was not viable for most part of this year, shows little signs of opening up next year.

Demand for Asia benzene from the US remained lackluster in 2018 year with shutdowns at major SM plants.

Sellers harbor hopes that the situation may change in 2019, for if there were less SM outages next year, demand in the US for Asia benzene could revive.

“Spot arbitrage opportunities to the US was limited this year, hopefully that will change next year[2019]”, said a trader in Korea.