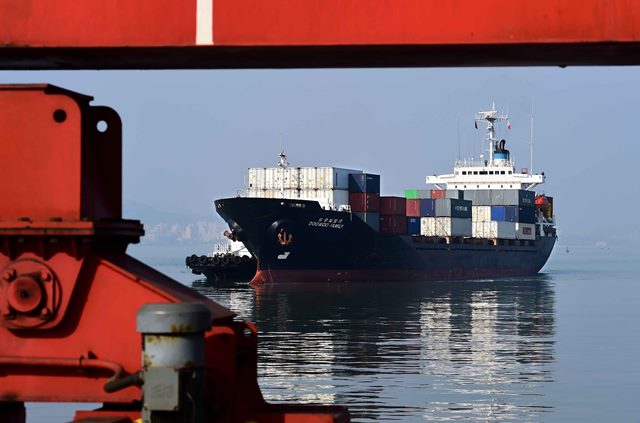 SINGAPORE (ICIS)–Spot benzene prices in Asia have continued to rise – reaching the highest level this year – and may remain supported amid tight supply and healthy demand, market sources said on Tuesday.

Prompt supply in the region is still tight, with higher offers being booked by traders hoping to take a long position on the market.

At midday, regional benzene prices were stable-to-firm at $719-740/tonne FOB (free on board) Korea.

Regional prices were also taking the cue from the key China market, whose domestic and import prices continue to strengthen.

In the week ended 25 November, crude-based benzene prices were assessed at Chinese yuan (CNY) 6,500-6,600/tonne ex-works, up by CNY500/tonne from the previous week, according to ICIS data

Market players were shocked by the steadfast increase in spot domestic and import prices, with bids unable to catch up with offers, hampering trading activities.

Traders have adopted a wait-and-see stance on the market, with offers limited on an FOB Korea basis since they could generate better gains in the CFR China market.

Market players believe that there might be support for prices until end-users have largely completed their January pre-Lunar New Year purchases.

“We are not sure as well how long will this situation [price uptrend] continue, but it looks like prices will not come down easily,” said a Chinese buyer.

It was difficult for many players to gauge the supply situation in the region as few traders were taking long positions, possibly curtailing availability of spot cargoes in the market.

“There were many Chinese traders hedging on benzene as well during SM [styrene monomer] price volatility,” said a market source.

In addition, South Korean producers did not have much materials to offer in the market amid turnarounds, which lowered their inventories; extended period of liquefied petroleum gas (LPG) cracking, which reduced aromatics output; and the resumption of production at downstream units in November following maintenance.

While market players hope that tight Chinese domestic supply would also be relieved from the large volumes of imports expected in November and December, many are taking a cautious outlook on the market.

Domestic production in China is unlikely to relieve the supply tightness in the spot market. Coal-based benzene plants are running at reduced average rate of 48% amid environmental inspections during winter resulting in shorter supply in the market, according to the China editorial team at ICIS.

Tight supply and the rapid increase in prices of crude-based benzene have spurred stronger demand for coal-based material, whose prices also spiked. 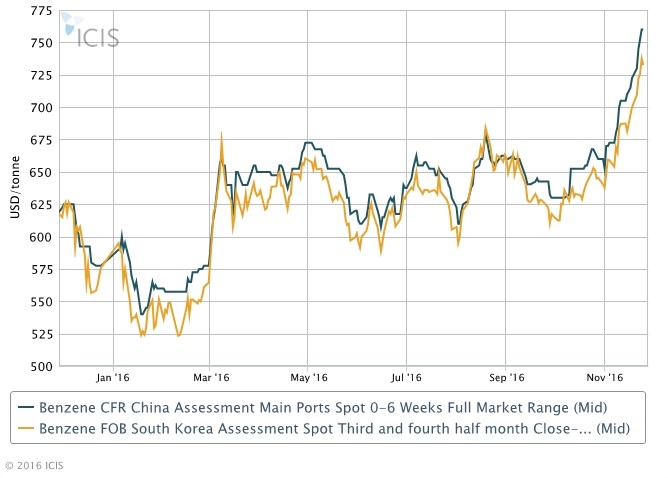