SINGAPORE (ICIS)–Spot prices of major petrochemicals in Asia are being weighed down by weak post-holiday demand from the key China market.

China’s consumption of key petrochemicals have failed to pick up immediately after the Lunar New Year holidays in late February, while domestic inventory of some products have piled up as expected during the week-long shutdown of most downstream plants.

On the olefins front, propylene spot prices have continued their downtrend since mid-February in both the import and domestic markets.

Some Chinese producers, particularly those in the eastern coastal province of Shandong, are facing high propylene inventory as plants continued to run during the holiday, with not much demand boost expected from key downstream polypropylene (PP) market. 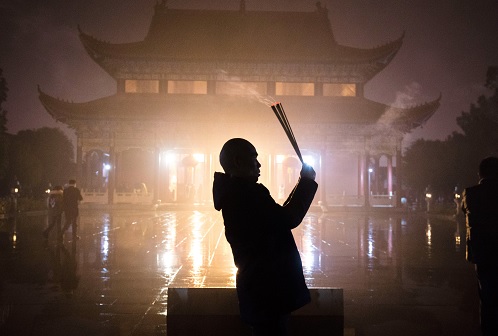 The Lunar New Year, which fell on 16 February 2018, is celebrated in most parts of northeast and southeast Asia. China was on holiday from 15-21 February.

Meanwhile, ethylene spot prices in northeast Asia bucked the general price downtrend of chemicals, as regional supply tightened due to cracker turnarounds in the key export market of Japan.

Some buyers were, however, concerned about the recent large price decreases for derivatives such as monoethylene glycol (MEG) and styrene monomer (SM).

Regional MEG prices have slumped to $925-934/tonne CFR CMP (China Main Port) on 8 March because of panic-selling by traders. The market has been on a downtrend, shedding more than 11% since late February because of a slower-than-expected recovery in the downstream polyester industry following the Lunar New Year holiday.

Sales of polyester have been lacklustre, resulting in an inventory build-up.

Expectations of slower growth in China following a downbeat economic data, coupled with a threat of US imposed tariffs on textile and apparels, have dampened market sentiment.

On the aromatics front, benzene prices in Asia have been heading south due amid ample inventories along the shore tanks in eastern China.

At midday, benzene prices were at $852-854/tonne FOB (free on board) Korea, down from around $950/tonne FOB Korea, according to ICIS data.

For SM, prices have been falling steadily since end-February amid strong selling sentiment, particularly for domestic cargoes in China. Prices were assessed below the $1,400/tonne CFR China mark this week for the first time since 23 January.

In the synthetic rubber market, China’s demand for styrene butadiene rubber (SBR) and polybutadiene rubber (PBR) has been weaker-than-expected this year as the downstream tyre producers are running their plants at reduced rates.

“Demand is really slow in March this year, compared with previous years because of the current uncertain market sentiment,” a Chinese SR producer said.

Tyre production is low “as automotive sales are not as good as previous years, and there is no good news amid talk of trade wars”, the producer said.

US President Donald Trump on Thursday slapped steep trade tariffs of 25% on imported steel and 10% on aluminium, a move which could heighten trade tensions with China, which is the principal target of the levies.

“The downstream tyre makers are keeping lean inventories and reluctant to re-stock their SBR or PBR inventories, given the uncertain market sentiment and weak natural rubber price, which is at least $200-300/tonne cheaper,” a Chinese rubber trader said.

NR is a substitute feedstock with SBR and PBR for the production of tyres for the automotive industry and their prices tend to impact each other. 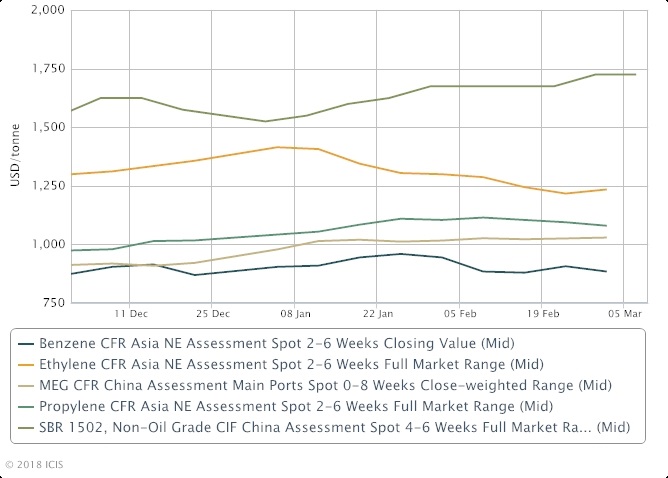