SINGAPORE (ICIS)–Northeast Asia’s spot propylene (C3) market may remain on a bearish trend as buying activities have started to slow down with the approach of the Lunar New Year holiday.

In the week ending 2 February, prices were assessed lower at an average of $1,105/tonne CFR (cost and freight) NE (northeast) Asia. While the drop from the previous week was small at $5/tonne, it marked a reversal of the price uptrend since 3 November 2017, according to ICIS data.

“Spot prices may continue to fall before the Lunar New Year,” some sellers conceded in the week.

The Lunar New Year, which is on 16 February this year, is celebrated in most parts of northeast and southeast Asia. China will be on holiday for a full week on 15-21 February. 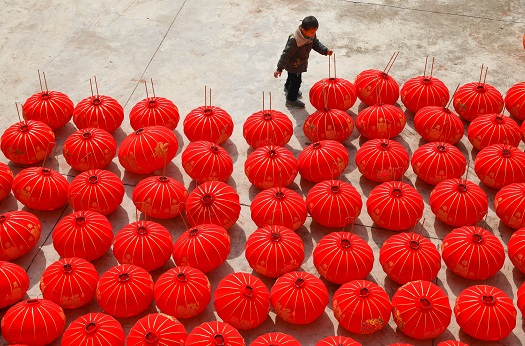 With China’s import market transiting into March arrivals soon, some sellers still with end-February arrivals may have to offload cargoes soon as they will have little time left to negotiate and conclude deals after the holiday.

Some Chinese buyers looking for end-February arrivals may find themselves in an increasingly stronger position as the holiday approaches. Buying sentiment had been largely soft in the week ending 2 February and the trend could continue.

“My buying indication is at $1,080/tonne CFR NE Asia [but] even if I can get offers for spot cargoes at that price, I may have to think twice,” a buyer said.

Some buyers in northeast Asia view the import market as risky at the moment with the upcoming long holiday and many may opt for smaller volumes of prompt cargoes in their respective domestic spot markets.

Some buyers might also be looking to delay purchases and seek March cargoes instead of February arrivals.

A northeast Asian buyer indicated that it might have to reduce production if it were to delay procuring cargoes.

Post-Lunar New Year, the market outlook is cloudy, with not many buyers ready to over-commit. As such, there were also more spot deals done recently on a formula-linked pricing basis.

While some bearishness is expected in the near term, sellers said that supply from Japan and South Korea is expected to remain tight, which would prevent any sustained downtrend in northeast Asia’s propylene prices.

In China, spot domestic prices in the key Shandong market were firm, with Tianjin Bohai delaying the restart of its propane dehydrogenation (PDH) unit from a planned turnaround.

The PDH unit, which has a 600,000 tonne/year propylene capacity, was shut on 3 January and is expected to restart on 8 February against the initial schedule of 1 February. 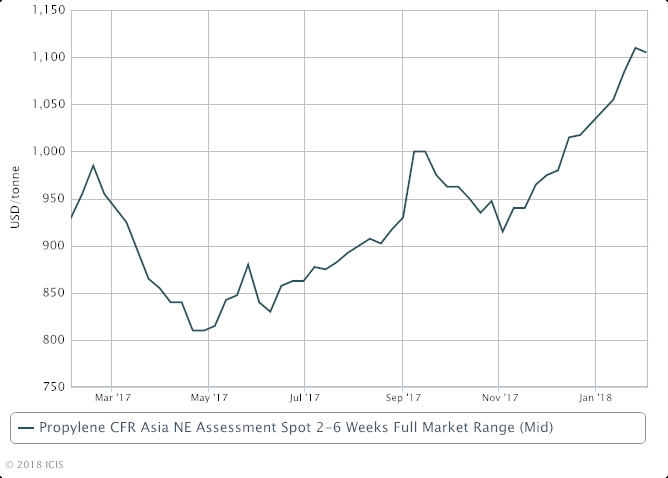