SINGAPORE (ICIS)–Spot propylene prices in northeast Asia have fallen by 3.1% over three consecutive weeks, weighed down by poor sentiment, and may remain under pressure in the near term amid weakness in China’s domestic market.

In the week ended 2 March, propylene prices were assessed at an average of $1,080/tonne CFR (cost & freight) NE (northeast) Asia, down $15/tonne week on week, according the ICIS data.

The last time the market suffered more than two weeks of consecutive losses was in March 2017, the data showed.

In China, the domestic market is grappling with high inventory, and poor sales in the key downstream polypropylene (PP) sector.

Some buyers in the country were showing almost no interest to import spot propylene cargoes in recent weeks. 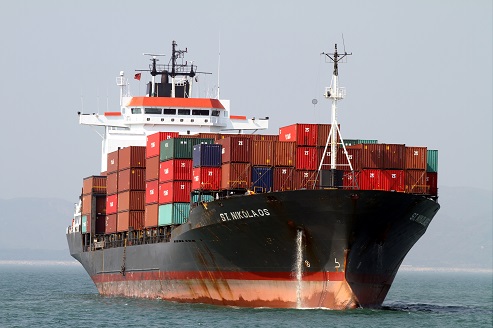 “PP inventory is high in the domestic market and PP sales are weak,” said a Chinese PP producer.

Domestic PP plants are running at lower capacity, with the producers trying to bring down their inventory first before adjusting back their operating rates to pre-Lunar New Year levels. These producers are not too keen on purchasing feedstock propylene.

Other downstream markets were generally taking recent price declines as a signal to stay on the sidelines to wait for a clearer market direction, while some market players opted to buy spot cargoes on formula-linked prices.

Buying appetite for propylene in China might resume this week as downstream units – including those producing oxo-alcohols, acrylic acid (AA) and acrylonitrile (ACN) – have started coming back on stream after weeks of shutdown, but any sharp rebound in prices may not happen.

China was on holiday on 15-21 February for the Lunar New Year and Spring Festival.

Northeast Asian sellers are hoping that with downstream units back up running in China, domestic spot prices could stabilise and draw buyers back to the import market.

Others said they do not need to offload cargoes, with some suggesting that supply in northeast Asia ex-China is tight due to various planned maintenance works at plants, and they could easily push March cargoes back for April lifting. 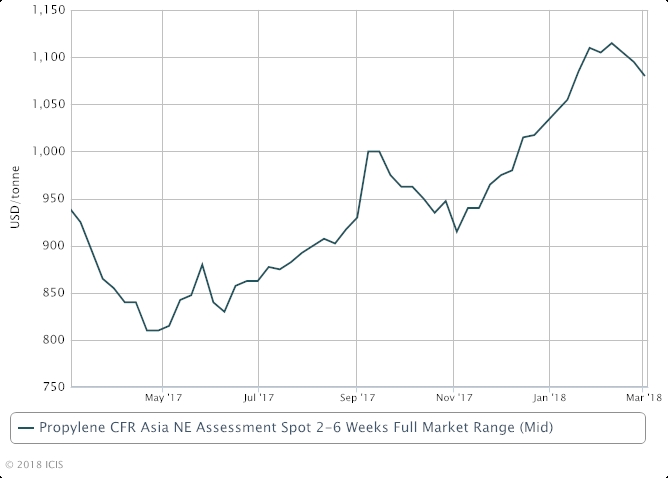