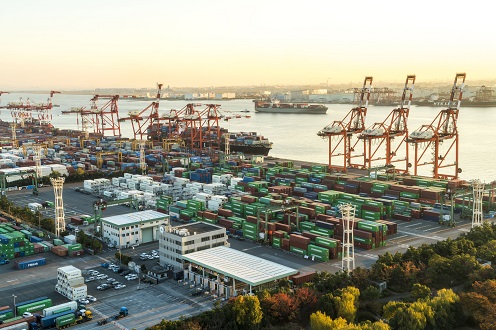 In the week ended 27 April, the average propylene price stood at $1,085/tonne CFR (cost and freight) NE (northeast) Asia, down $7.5/tonne from the previous week. From end-March, propylene prices were up $45/tonne or 4.3%, according to ICIS data.

The dip last week was a welcome respite for Chinese importers amid lower prices in China’s domestic market in recent weeks. 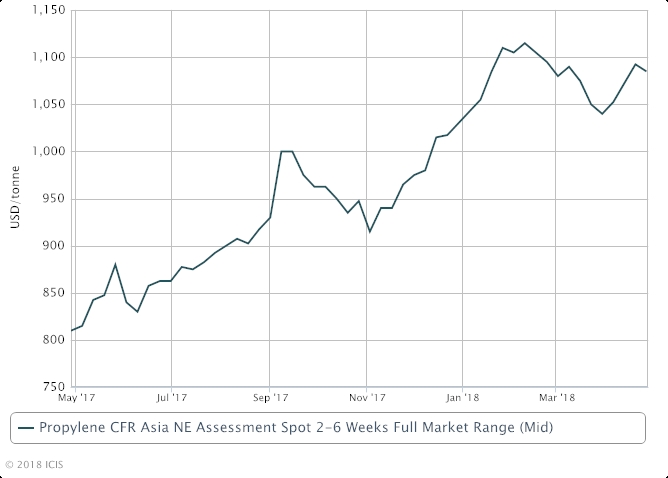 Regional sellers were citing tight supply for keeping their prices firm, particularly with SK Advanced’s propane dehydrogenation (PDH) unit in Ulsan, South Korea, currently shut for maintenance. The company’s 600,000 tonne/year propylene unit has been down since 21 April, with the restart expected to be around 10 May.

Production woes at other plants in northeast Asia could also support prices, according to sellers, adding that a Japanese producer may have to tap the spot market to supply propylene to its contract customers.

But availability of May cargoes is better compared with April based on active spot discussions in the past one to two weeks.

A South Korean producer recently concluded a spot tender for about 1,500 tonnes of propylene cargo for mid-May loading.

Meanwhile, a Taiwanese producer sold via a tender 8,000 tonnes of cargoes for May loading at around $1,110/tonne FOB (free on board) NE (northeast) Asia, market sources said. The deal, which was concluded late on 30 April, could not be confirmed with the seller.

“There are more May cargoes [compared with April]. We are careful with our bid price as we do not want to run into problems when we try to re-sell into the Chinese import market as buying sentiments are not strong at the moment,” a trader said.

In China, spot domestic prices of propylene may come under pressure from weak demand in the near term, with two to three downstream polypropylene (PP) plants due for turnaround in May.

In the key Shandong market, propylene producers are under pressure to sell amid high inventory.

Industry players do not expect the start-up of CNOOC and Shell Petrochemicals Co’s (CSPC) cracker in Huizhou to have a significant impact on the regional propylene market.