US auto sales dropped in 2017, but remain strong 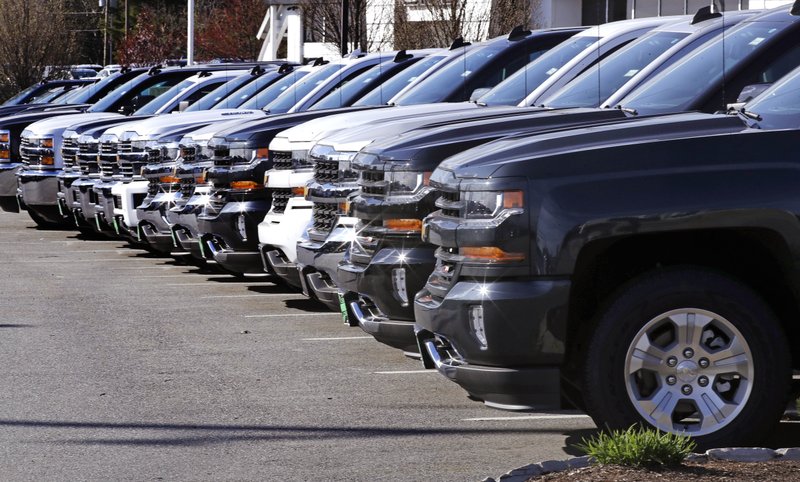 U.S. auto sales fell 2 percent to 17.2 million in 2017, according to Autodata Corp. It was their first year-over-year decline since 2009, ending an unprecedented seven-year expansion.

Analysts think sales will fall a bit further this year. While low unemployment and rising consumer confidence are expected to boost demand, rising interest rates could make it more expensive for people to finance new vehicles.

Vehicles also are becoming more durable so consumers can keep them longer, further putting a drag on sales. The average age of vehicles on the road has climbed to 11.6 years, up from 8.8 years in 1998.

The growing popularity of leasing will also have a big impact on 2018 sales. Almost one-third of new vehicle sales were leases in 2015, and many of those 4 million lessees will be trading in their vehicles for new ones, according to the car buying site Edmunds.com. (Edmunds regularly provides content, including automotive tips and reviews, for distribution by The Associated Press.)

But leasing also has a downside for automakers, since the influx of late-model used cars returning to the market will cut into sales of new vehicles.

Tax cuts also could be a mixed blessing. They will likely stimulate demand, particularly for commercial trucks and vans. But the more the economy grows, the more likely it is that the government will raise interest rates, Chesbrough said.

Here are more details of December and 2017 sales:

—WINNERS AND LOSERS: Ford’s F-Series pickup truck remained the best-selling vehicle in the U.S. in 2017, a title it has now held for 36 years. Ford sold 896,764 F-Series trucks in the U.S. last year, or nearly two trucks every minute, partly because of post-hurricane demand in Texas and Florida. Low gas prices and other factors had buyers ditching cars for SUVs at a fast clip; sales of the Nissan Rogue SUV jumped 22 percent to more than 400,000. But car-heavy brands like Chrysler, Dodge and Fiat all saw their sales drop by double-digit percentages. Toyota Prius hybrid sales plummeted 20.5 percent.

— LUXURY CROWN: Mercedes-Benz’s sales fell 1 percent to 337,246, but that was still enough to make it the top-selling luxury brand in the U.S. for the second straight year. BMW eked out a second-place finish just ahead of Lexus. But some luxury brands struggled. Cadillac and Lexus both saw their sales drop 8 percent last year; Lincoln sales plummeted 17 percent in December. LaNeve said mainstream brands are getting so luxurious that many buyers don’t feel the need to step up to a luxury label.

— PILING ON THE DEALS: New vehicle prices hit a record last year, averaging $36,113 as buyers bought bigger SUVs and added more safety and infotainment features, Kelley Blue Book said. At the same time, automakers piled on deals in order to juice sales and hang on to their market share. Automakers spent an average of $4,302 per vehicle in incentives last month, passing the previous record set in November, according to the consulting firm J.D. Power. Chevrolet was offering $11,000 off a 2017 Silverado pickup last month. Analysts expect a pullback in incentive spending this year as automakers cut inventory. But there will still be good deals, especially on slow-selling vehicles like midsize sedans.

— DECEMBER DIP: No one was expecting U.S. auto sales to top December 2016, which was the best single month in 15 years. Sales dropped 5 percent to 1.6 million last month. Ford’s sales were up 1 percent in December as its new large SUVs hit the market, and Hyundai’s sales rose 2 percent. But most other automakers saw declines. Fiat Chrysler’s sales fell 11 percent , while Toyota’s sales dropped 8 percent and Nissan’s sales were down 9.5 percent. GM’s sales fell 3 percent. Volkswagen’s dropped 19 percent.