LONDON (ICIS)–BASF is “investigating the possibility” of building its next and third-largest highly integrated ‘verbund’ chemical complex in the province of Guandong in China, the company said on Monday.

BASF CEO Martin Brudermuller signed a non-binding memorandum of understanding (MoU) for the project with Lin Shaochun, Executive Vice Governor of Guangdong Province, in the presence of Germany’s Chancellor Angela Merkel and the Chinese Premier Li Keqiang, in Berlin, it added.

The $10bn project would be operated solely by BASF and have a 1m tonne/year steam cracker at its heart. The first plants at the complex would start-up in 2026 and the project would be complete by 2030, according to the chemicals giant. 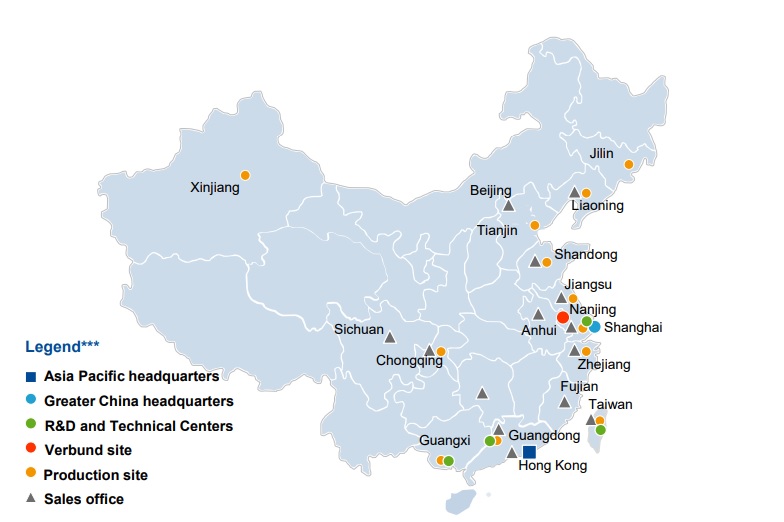 Guandong will reach the GDP of South Korea soon, BASF said in a presentation, adding that local industries are growing fast. The local automobile industry is growing at 18%/year, with electronics production growing at 11%/year, its data sahow

Chemical products are needed in key customer industries such as transportation, consumer goods, home and personal care and electronics.

China and wider Asia dominate global chemicals production with China having a global market share of around 40%.

BASF has a strong local footprint with 25 production sites and sales offices across China. It has an innovation campus in Shanghai.

“Guandong Province is ideally located to serve the fast-growing, undersupplied market in South China,” it said.

BASF’s initial concept is to integrate a steam cracker with plants downstream consuming ethylene, propylene and C4s. They would produce a range of chemicals, including surfactants, amines, dispersions and performance polymers. 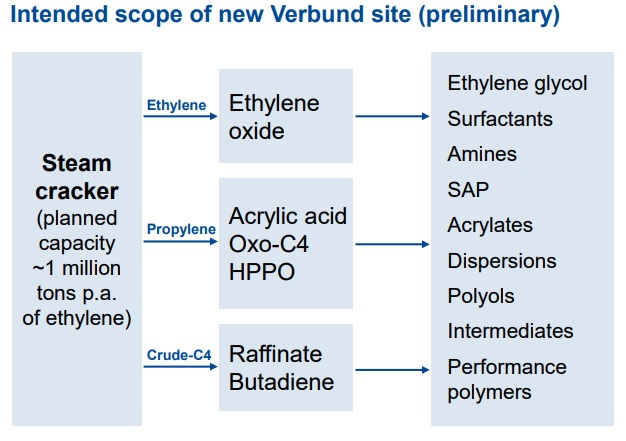 This would be its most advanced ‘verbund site’ utilising a “smart manufacturing concept”, the company added.

BASF is focused on its ‘verbund’ concept of highly integrated chemicals production, research and management systems. Currently it has six ‘verbund’ manufacturing sites in Ludwigshafen, Germany, Antwerp, Belgium, two in the US: Freeport, Texas, and Geismar, Louisiana, and two in Asia: Nanjing in China and Kuantan in Malaysia.