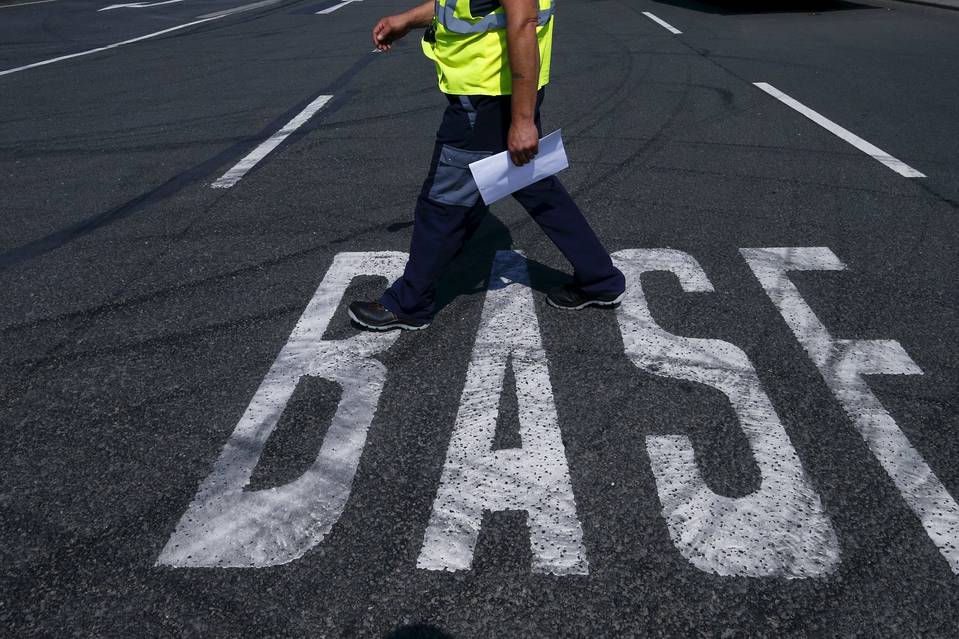 BASF sign on the road near one of the company’s warehouses. Photo: Reuters
By
Christopher Alessi

Addressing thousands of investors at BASF’s annual general meeting, CEO Kurt Bock said the company is planning for an average annual oil price in 2016 of $40. “The business environment will thus remain challenging and we do not expect a rapid recovery in our markets,” Mr. Bock said.

Lower oil and gas prices have over the past year negatively affected BASF’s basic chemicals unit, which produces petrochemicals, and its oil and gas division, wholly-owned subsidiary Wintershall Holding GmbH.

But Mr. Bock said he expects the oil price to rise in coming years and that the “basic underlying conditions for our business, our markets and our competitive environment are in tact.” He proposed an increased shareholder dividend of €2.9 ($3.30) a share compared with €2.8 a year earlier.

Mr. Bock also urged the German government to set regulations that would allow the use of fracking technologies to extract natural gas, as in the U.S.

Mr. Bock’s remarks came as BASF reported first-quarter earnings and reiterated its gloomy outlook for the full year. For the period ended March 31, the company’s closely watched earnings before interest and taxes before special items fell 8% to €1.91 billion, weighed down by lower earnings at its oil and gas and basic chemicals businesses.

But net profit was up 18% at €1.4 billion, as a result of lower tax rates at its oil and gas division.

Analysts at Germany’s Baader Bank said BASF outperformed its sector and the market and called the quarter a “strong start” to 2016. But they warned that the group’s weak cash flow could become increasingly damaging in coming years.

Operating cash flow for the first quarter decreased by 56%, to €1.05 billion, year-over-year.

The oil and gas unit posted an 85% plunge in EBIT before special items to €66 million, due to lower global oil and gas prices and the company’s divestiture of its gas trading and storage business through an asset swap with Russia’s Gazprom last year. EBIT before special items at the basic chemicals division fell 36% to €465 million, a result of lower margins for petrochemicals and higher fixed costs from the start up of new plants.

Group revenue fell 29% to €14.21 billion, due in large part to the loss of the gas trading and storage business. Lower global oil prices also contributed to declining sales prices, particularly at the basic chemicals unit, the company said.

>All of BASF’s business areas posted sales declines. But the specialty chemicals divisions saw earnings increase slightly, in part as a result of reduced fixed costs at its performance products unit and higher contributions from plastics and construction chemicals at its functional materials and solutions unit.

BASF reiterated its guidance for the full year, saying it expects group sales to decline “considerably,” while EBIT before special items should be “slightly below” the 2015 level of €6.74 billion.