LONDON (ICIS)–BASF shut down toluene di-isocyanate (TDI) production in January at Ludwigshafen and will resume it “in the course” of the second quarter, a spokesperson for the German chemical major said late on Tuesday. 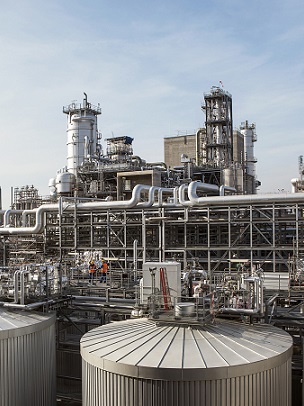 The company took TDI production down in the second half of January for maintenance and to prepare for the installation of a new reactor, which will arrive in early March, the spokesperson added.

“In the course of the second quarter the reactor will be put into operation and the production will be resumed,” said the spokesperson.

“Our customers will be served out of the global BASF TDI-production network.”

The 300,000 tonne/year facility was taken offline originally in November 2016 due to a damaged reactor before it was brought online in May 2017 with full repairs scheduled for 2018.

Before the facility’s restart in May last year BASF said the plant would come back online with reduced rates.

Market participants have attributed tightness, which was putting upward pressure on pricing, to unclear operating rates at the Ludwigshafen site since its restart.

As BASF announced that Ludwigshafen production would resume during the second quarter, a few TDI sources said they expect the aforementioned lack of product to last at least until July.

Additionally, with the TDI price midpoint rising to a historic high of €3,320/tonne FD (free delivered) W (west) Europe in January, there were participants that reacted with concern.

“It’s still hard to tell what is going to happen in the second quarter. Maybe even then we will see some improvement already,” said a buyer.

“But I don’t know. We hope for improvement already for a long time and it continues to be difficult. Let’s wait and see.”

Material from Saudi Arabia-based producer Sadara Chemical’s 200,000 tonne/year Jubail plant has not had an effect on European availability lately either.

Sources said recently that volumes from the facility have been slow to arrive and many previously argued that the prime destination for Sadara Chemical’s TDI would not be Europe, but instead regions such as Africa.

“I guess it is safe to say quarter two will continue to be the same situation, e.g short,” said a distributor.

Meanwhile, early February contracts have already been agreed with increases of €50-100/tonne specifically due to availability issues.

There was also market talk that there were production difficulties with German supplier Covestro in January, which would have influenced supply levels as well.

However, a Covestro spokesperson said to ICIS on Wednesday: “There are no limitations to our delivery capability regarding TDI in the EMEA [Europe, Middle East and Africa] region.”

With our without production issues in the market, the latest BASF news indicates that upward pressure may persist for months to come.

The main outlet for TDI is in the manufacture of polyurethane flexible foams used in upholstery, mattresses and automotive seats. This is achieved by reacting the TDI with a polyol to produce the foam.

(Updates with market reaction in paragraphs 8-18)