SINGAPORE (ICIS)–China’s domestic butanediol (BDO) prices have been rebounding on the back of tight supply, which may continue in the near term with plants running at reduced capacity and amid logistics problems in the northwestern and central regions of the country.

Over a period of more than six months from 26 May 2017, spot BDO prices had shed 9.7% before staging a rebound, the data showed. 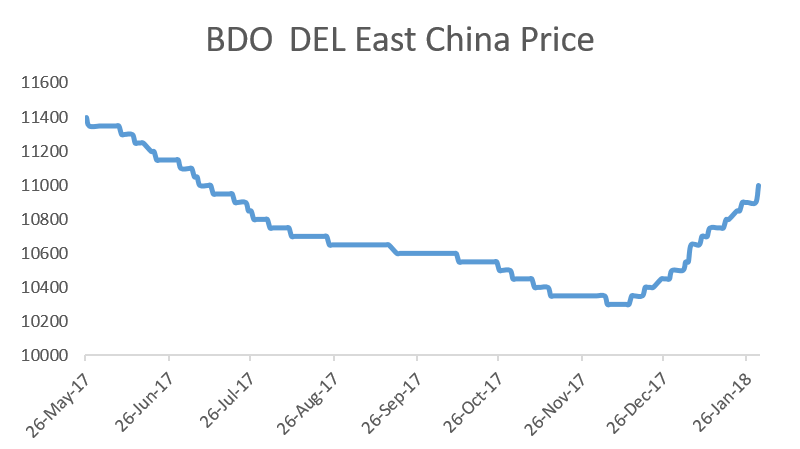 Sluggish downstream demand pulled down BDO prices for most of the second half of 2017, with downstream polyurethane (PU) and thermoplastic polyurethanes (TPU) sectors running at reduced rates.

BDO producers had been struggling to generate margins as the gap between the spot prices of the material and production costs had substantially narrowed at the time. 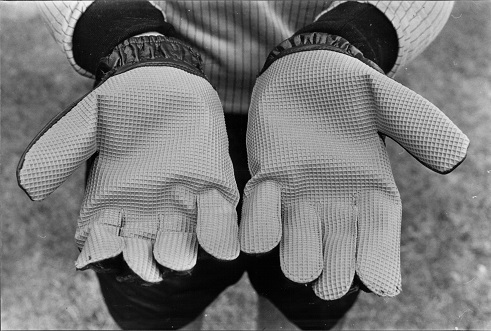 Prices changed direction in early December last year as supply has largely been tight. BDO plants have been running at an average rate of 50-60%, while higher prices of feedstock natural gas have provided a further lift to the market.

Xinjiang Blue Ridge Tunhe Chemical Industry’s 100,000 tonne/year BDO plant will be down for a week from 26 January to undergo catalyst change, while Shaanxi Ronghe’s 60,000 tonne/year plant has been shut since August 2017 with no definite restart date.

Meanwhile, logistic issues are aggravating the tightness in BDO supply in the domestic market. In northwest and central China – which account for 66% of the country’s total BDO production – rains and snow were hindering transportation of cargoes, resulting in delayed deliveries of contract volumes.

Industry sources warned of further delays in cargo delivery due to the upcoming week-long Lunar New Year holiday on 15-21 February in China.

But demand also typically weakens in the weeks leading to the holiday as small downstream PU and TPU producers are expected to suspend production for 20-25 days, market sources said.

Picture: Polyurethane gloves. Butanediol (BDO) is used as a solvent and is also used in the manufacture of some types of plastics, elastic fibres and polyurethanes (PU). (Photographer: Brian Bould/Associated |Newspapers/REX/Shutterstock)