Benzene spot prices have been declining since late July, tracking declines in upstream crude oil. A sharp decline in crude oil values last week, precipitated by an oversupply of gasoline and other refined products, contributed to a 25 cent/gal decline in US benzene spot prices.

Despite the declines, several deals were heard during last week for August benzene. However, there was less interest in current month material this week, putting further downward pressure on prices.

Demand has been weakened by global price declines in a variety of downstream markets, a source said. 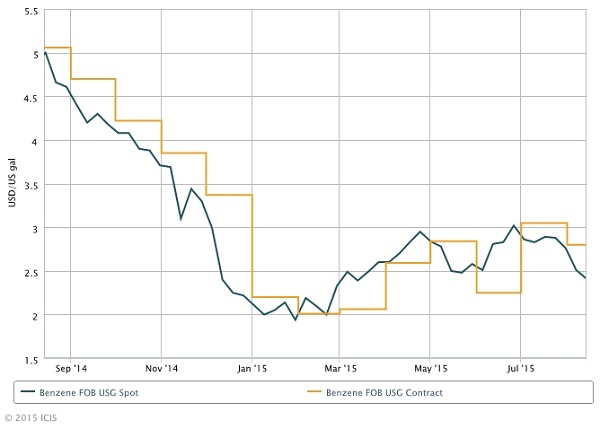