US January benzene contracts settle down as supply issues ease

The January settlement represents the first decrease in the benzene contract price since August 2017.

Spot prices stabilised over December following a steep climb in values over November amid delayed import shipments and production issues faced by some refiners at their aromatics extraction units.

Forward-month prices steeply declined in the week ended 22 December, suggesting prices are likely to continue to dissipate over the coming weeks as refinery rates improve and supply issues continue to ease.

US benzene contracts typically settle on the last working day of the prior month and are heavily influenced by movements in spot pricing. 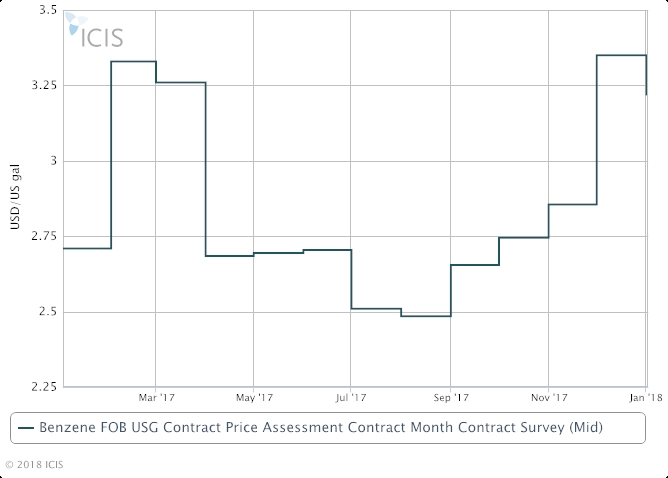