Benzene contract prices have declined for three consecutive months, posting a cumulative decrease of 29 cents/gal from December, which was the highest settlement over the past 12 months.

The decrease was in line with participants’ initial expectations that contract prices would settle around $3.05-3.06/gal.

The decline in the contract price mirrored weaker prices in the spot market in February, with average spot prices remaining below the February contract value of $3.11/gal throughout most of the month.

US benzene contracts usually settle on the last working day of the prior month and are heavily influenced by movements in spot prices. 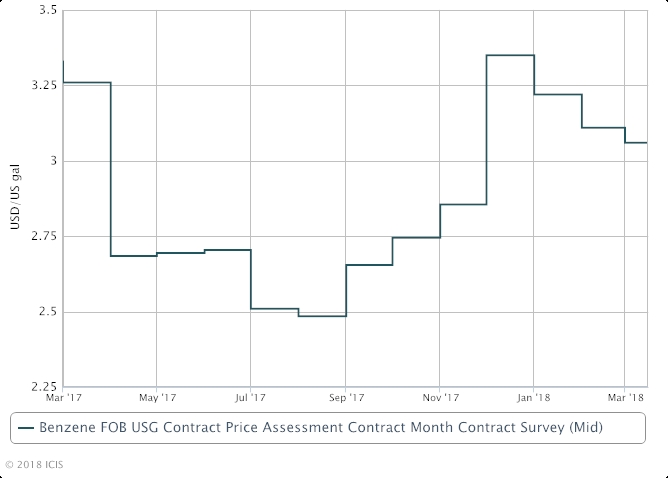