HOUSTON (ICIS)–The US October benzene contract price settled on Wednesday at $2.11/gal, up by 10 cents/gal from the September contract price, although at least one customer has not accepted the price, market sources said.

At least one customer would not accept the $2.11/gal contract price late in the day on Wednesday, with no indication of when a settlement would be reached. Most contracts were settled at $2.11/gal for October.

US benzene contract prices are typically settled on the last day of the prior month. 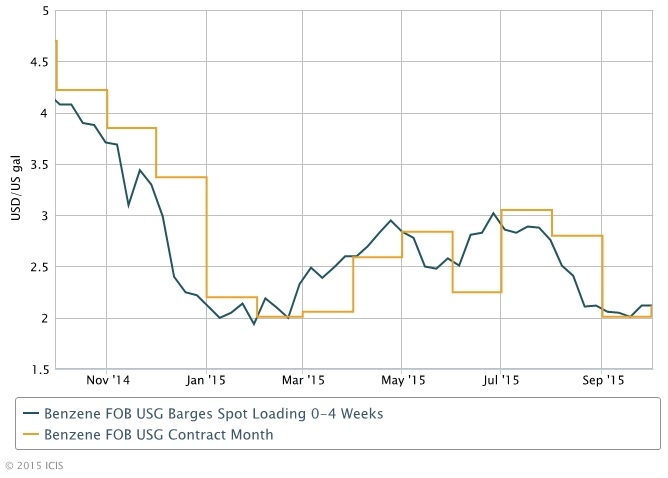 The increase also is one of the smaller month-on-month movements in 2015. 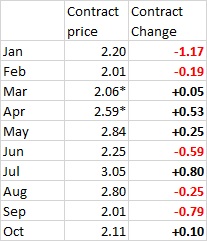 Contract prices generally take direction from the spot market prior to contract settlements. Late last week, US benzene spot deals were heard in a range of $2.07-2.12/gal FOB (free on board), compared with $1.88-2.15/gal FOB in late August prior to the September settlement.

Prior to that September settlement, benzene spot prices had been under pressure from record lows in upstream West Texas Intermediate (WTI) crude futures, which fell below $40/bbl. The downtrend and volatility kept demand in the benzene market subdued in late August during negotiations for the September contract price.

However, upstream values have been higher and less volatile this month with WTI remaining in the mid $40s/bbl. The stability, along with increased buying activity in the benzene market, helped offset ample benzene imports and pushed spot prices slightly higher than a month ago.