Changing of the Guard at BASF 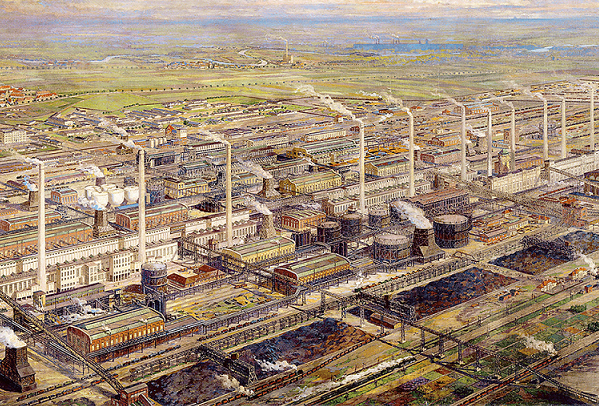 LONDON (ICIS)–Sharply lower naphtha-based cracker margins point to a weaker first quarter for the German chemical major BASF, who is finding it hard to pass on higher upstream prices to downstream divisions, according to European chemical analysts.

While BASF’s preliminary results for 2017 showed jumps in sales and earnings compared to 2016, analysts have pointed out to a weaker first quarter of 2018 mostly on the back of lower cracker margins in Asia and Europe, which accumulated annual falls of nearly 35% and 17% on average according to ICIS data.

Not only will the comparison year on year make this quarter more challenging for the company: a steady strengthening of the euro versus the dollar and the fact that the Easter break in Europe falls in March, leaving less working days overall, will also add to the mix.

Lower naphtha margins were the main reason for Swiss investment bank UBS describing BASF’s first quarter as “tougher”, placing the decrease in spreads at a slightly higher figure than ICIS at 18%.

“Moreover, BASF reports financials in the eurozone, and the euro/dollar [exchange rate] is minus more than 10% year on year and that will hurt [financials in the first quarter],” USB chemical analyst Patrick Rafaisz said to ICIS.

“You also have [naphtha] spreads coming down in Asia sequentially, and they were already down in December. Year to date is a bit better there, we do not see further deterioration, there but we see it sequentially from Q4 [fourth quarter].”

However, worries about the first-quarter financials will be for now put aside until May when BASF publishes its figures. At the moment, the company is set to celebrate this week a record set of annual results which, when published preliminarily, surprised analysts.

BAsF’s CEO Kurt Bock final press conference for annual results – he will leave the CEO post in May – will be marked by the best year in the eurozone’s manufacturing sectors since the pre-2008 crisis peaks, which fuelled stunning performances by most European chemical companies.

Gone are the days when Bock himself, as president of the European chemical trade group Cefic in 2012, and amid a debt crisis that threatened to bring down important economies in the 19-country currency area, issued a sombre statement about the industry’s uncompetitive prospects from a global perspective.

Oliver Schwarz, a chemical analyst at Hamburg-based Warburg Research, told ICIS earlier this month that the preliminary results showed the company had “pulled a stunt” in the fourth-quarter despite it being normally a weaker period due to seasonality and fewer working days.

“I wasn’t expecting this [set of results for 2017]. My assumption for EBIT [earnings before interest and taxes] before special items was mostly in line with consensus, slightly less than €8bn but it came at €8.3bn. The fact they have managed to pull this stunt in the fourth quarter is especially impressive,” said the analyst.

Some of the reasons for BASF’s success in 2017 were its own merit, but most were shared by the whole of the chemical industry in Europe after years of mediocre performance.

In 2017, inflation finally came back into chemical prices supported by the slowly rising crude oil price, which now hovers around the $65/bbl mark for the international referential Brent, allowing BASF to also increase selling prices to customers.

“Demand during 2017 was also very good, especially in some product ranges like polyurethanes [PU], and basic chemicals thrived in that environment after years of having to live with margins erosion as they weren’t able to pass on price increases to customers,” said Warburg’s Schwarz.

However, the analyst added that a negative surprise had been the lower performance of performance chemicals during the October-December period, quarter on quarter, although that was offset by other divisions.

Even the agricultural division, which will be boosted by the acquisition of Bayer’s assets, posted a positive performance during the last quarter of the year as farmers in the southern hemisphere enjoyed a good harvest season and those in the north planned their inventories and purchases.

The €5.9bn price tag BASF said it is willing to pay for Bayer’s assets raised eyebrows when it was announced in October as most analysts agreed it was a pricey acquisition, albeit a good fit.

Journalists and investors are likely to listen this week to a well-rehearsed answer on how the company aims to become a global player in agrochemicals with the acquisition.

“BASF is still trading at a premium to its historical average, and we are worried about commodity chemicals how they may deteriorate [in the first quarter] year on year. Will they be able to improve the downstream business? So far, we lack the evidence,” said UBS’ Rafaisz. 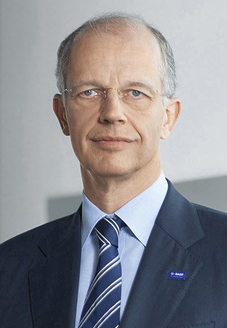 Kurt Bock (pictured) has presided over BASF during seven turbulent years which started with the eurozone’s financial crisis and ended with the UK’s leaving the 28-country EU and a changing political landscape in Germany, a country that no longer seems the standard bearer of political instability: its politicians have been unable to form a government since September.

The UBS analyst described Bock’s tenure as CEO as successful in general terms, but specific events may “leave a bit of a stain” in his reputation: namely persistent production problems at the company’s 300,000 tonne/year toluene di-isocyanate (TDI) Ludwigshafen plant and those at its methyl di-p-phenylene isocyanate (MDI) 400,000 tonne/year Chongqing plant in China.

“It’s hard to say [a summary of Bock’s tenure]. He is clearly a finance guy and he didn’t do anything crazy. He did the maths in acquisitions, although we think BASF paid a hefty price for the Bayer agrochemicals assets,” said UBS’ Rafaisz.

“But in general he has been an assertive guy, leaves a strong balance sheet. Looked from the outside, [there has been] some kind of spike in incidents [and] that may leave a bit of stain in his reputation.”

BASF is due to publish its final annual results on Tuesday, 27 February.

Pictured above: A drawing of Ludwigshafen at the beginning of the 20th century
Pictures source: BASF