China's leadership, obsessed with maintaining stability and making sure redundancies do not lead to unrest, will spend nearly 150 billion yuan ($23 billion) to cover layoffs in just the coal and steel sectors in the next 2-3 years.

The overall figure is likely to rise as closures spread to other industries and even more funding will be required to handle the debt left behind by "zombie" state firms.

The term refers to companies that have shut down some of their operations but keep staff on their rolls since local governments are worried about the social and economic impact of bankruptcies and unemployment.

Shutting down "zombie firms" has been identified as one of the government's priorities this year, with China's Premier Li Keqiang promising in December that they would soon "go under the knife"..

The government plans to lay off five million workers in industries suffering from a supply glut, one source with ties to the leadership said.

A second source with leadership ties put the number of layoffs at six million. Both sources requested anonymity because they were not authorized to speak to media about the politically sensitive subject for fear of sparking social unrest.

The ministry of industry did not immediately respond when asked for comment on the reports.

The hugely inefficient state sector employed around 37 million people in 2013 and accounts for about 40 percent of the country's industrial output and nearly half of its bank lending.

It is China's most significant nationwide retrenchment since the restructuring of state-owned enterprises from 1998 to 2003 led to around 28 million redundancies and cost the central government about 73.1 billion yuan ($11.2 billion) in resettlement funds.

On Monday, Yin Weimin, the minister for human resources and social security, said China expects to lay off 1.8 million workers in the coal and steel industries, but he did not give a timeframe.

China aims to cut capacity gluts in as many as seven sectors, including cement, glassmaking and shipbuilding, but the oversupplied solar power industry is likely to be spared any large-scale restructuring because it still has growth potential, the first source said.

It has earmarked 100 billion yuan in central government funds to deal directly with the layoffs from steel and coal over the next two years, vice-industry minister Feng Fei said last week.

The Ministry of Finance said in January it would also collect 46 billion yuan from surcharges on coal-fired power over the coming three years in order to resettle workers. In addition, an assortment of local government matching funds will also be made available.

However, the funds currently being offered will do little to resolve the problems of debts held by zombie firms, which could overwhelm local banks if they are not handled correctly.

"They have proposed this dedicated fund only to pay the workers, but there is no money for the bad debts, and if the bad debts are too big the banks will have problems and there will be panic," said Xu Zhongbo, head of Beijing Metal Consulting, who advises Chinese steel mills.

Factories shut down would have to repay bank loans to avoid saddling state banks with a mountain of non-performing loans, the sources said. "Triangular debt", or money owed by firms to other enterprises, would also have to be resolved, they added.

Although China has promised to help local banks transfer the bad debts of zombie steel mills to asset management firms, local governments are not expected to gain access to the worker lay-off funds until the zombie firms have actually been shut down and debt issues settled. 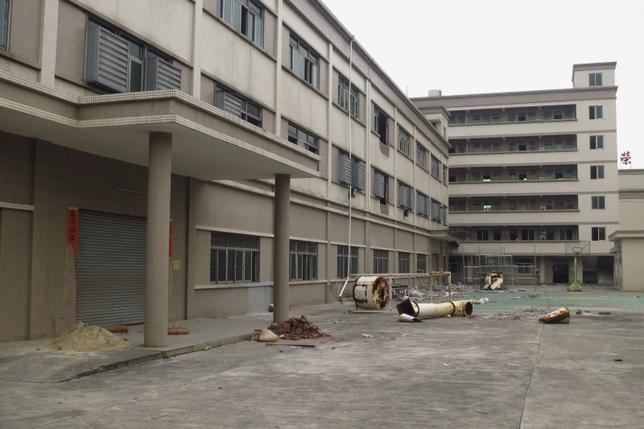 A shuttered factory is seen in an industrial estate in the Pearl River Delta industrial hub of Dongguan, China after the Chinese Lunar New Year holiday February 25, 2016.
http://www.reuters.com/article/us-china-economy-layoffs-exclusive-idUSKCN0W33DS
« Previous Post Next Post »