SINGAPORE (ICIS)–China’s toluene di-isocyanate (TDI) domestic prices continued to spiral downwards with no end in sight for the near term as supply is poised to grow at a time when downstream demand remains far from satisfactory. 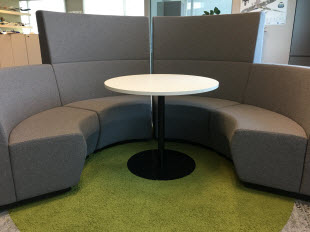 On 7 November, TDI traded in the Chinese domestic market at an average of yuan (CNY) 18,000/tonne DEL (delivered) east China, very different from the situation just two months ago.

According to ICIS data, TDI cargoes changed hands at well past CNY 30,000/tonne DEL east China at the end of August.

Usually, TDI off take surges in the third and fourth quarter as downstream foam factories ramp up production to be ready for typical year-end festive shopping season.

However, this year, such anticipations have thus far fallen flat as consumption slowed down amidst trepidations about potential impact of the ongoing US-China trade war.

The trade war has put an additional damper on global economic growth prospects.

The US has already put $250bn in Chinese imports under tariff, and China has retaliated with tariffs on $110bn in US imports.

Protractedly weaker-than-expected downstream off take is one key downside for TDI pricing, most China-based traders agreed, but what sparked a recent wave of frenzied selling was mounting apprehensions about “a supply overhang”, a trader said.

Several TDI plants in China, including the 100,000 tonne/year Gansu Yinguang line and the 80,000 tonne/year Yantai Juli facility, involving some 180,000 tonne/year of total production capacity, returned to full operations in the second half of October-early November, following respective month-long maintenance closures.

In addition, the market is bracing for potential fresh supply injections from new plants that could come on stream within the month or next.