Covestro to Expand in Tarragona

LONDON (ICIS)–Covestro aims to invest around €200m to expand production of methylene diphenyl diisocyanate (MDI) at its Tarragona, Spain, facility and continue producing beyond 2020, the German chemicals major said on Monday. 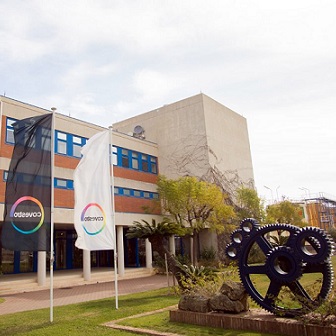 The investment involves the debottlenecking of the plant, which will increase production capacity by 50,000 tonnes/year to 220,000 tonnes/year, as well as various measures to increase cost competitiveness.

“As a first step, it intends to build its own chlorine supply, thus ensuring a highly-efficient, sustainable and independent supply of the crucial raw material,” the company said.

The investment comes despite Covestro Spain general manager Andrea Firenze telling ICIS in May that the decision in March to keep the MDI plant running was only a “suspension” of the move to close it down.

“I want to emphasise the word suspend. We have been able to get access to the most important raw material, chlorine, but the company hasn’t taken a final decision for MDI supply in the next years,” he said at the time.

The debottlenecking process will be carried out through 2022, while the start of chlorine production is planned for the end of 2020, the company said.

“We are fully committed to the MDI market and out site in Tarragona,” said Covestro CEO Patrick Thomas on Monday.

“By debottlenecking and establishing our own chlorine supply, this site will become an even-more-efficient and competitive plant within our network.”

Covestro is already doubling its MDI capacity at the German site of Brunsbuettel in Germany in order to produce up to 400,000 tonnes of MDI annually by the end of 2018.

“This investment therefore enables us to meet the additional growth of our customers and also supports our own organic growth.”