COLOGNE, Germany (ICIS)–Covestro is unlikely to pursue any big-ticket acquisition targets at present due to a lack of options across most of its core businesses and “ludicrous” valuations in the industry, according to the German chemical major’s CEO Patrick Thomas.

Smaller deals are possible for its coatings, adhesives and sealants (CAS) business, but even smaller deals are contingent on pricing, despite Covestro generating €1.8bn in free operating cashflow in 2017 on the back of banner pricing for polyurethanes (PU). 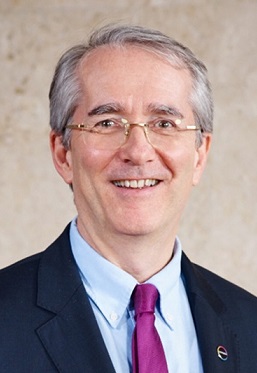 “There is plenty of things that are up for sale at what I call crazy margins, the values are ludicrous, 10 times EBITDA [earnings before interest, taxes, depreciation and amortisation] multiples, three times annual sales,” said Thomas, pictured.

“You can’t buy a chemicals business at three times annual sales, it’s suicidal… Someday that money is going to cost you something, and you have to get a return on it.”

Options are limited in the company’s core businesses, he added.

“What else can we do? We can’t buy a PU player because of anti-trust issues, we can’t buy a polycarbonates player, because we’re the world number one. We can’t go out and buy anything of substance,” said Thomas.

“We can do some things in CAS [coatings, adhesives and sealants], but the very nature of CAS is that it is made up of… 2,500 different products, so if you’re going to buy something in CAS, typically it’s at the €50m-100m bolt-on scale, and it has got to be value-creating,” he added.

The CAS division was a laggard, relatively speaking, for Covestro in 2017.

Covestro attributes this to multiple factors, including the impact of Hurricane Harvey on production, supply and demand in the US in late 2017, sluggish demand from key end markets including shipping, raw materials and some lengthening markets.

However, Thomas insisted the unit is stable, providing around a 20% EBITDA margin, similar to polycarbonates or polyurethanes.

The resilience of the unit in spite of sluggish market conditions is due to how it slots into Covestro’s wider business, he said.

“[CAS] gets a huge competitive advantage because it is built onto a backbone of MDI [methyl di-p-phenylene isocyanate] TDI and PC [polycarbonates], which means it enjoys a scale of feedstock economics which you could never get if you ran the business on its own,” said Thomas.

“People have always said ‘aren’t you going to be forced to sell you CAS business one day?’, but the only reason it’s such a brilliant business is its sitting on a backbone that is a hundred times bigger than it needs to be for the size of the business, and it gets these amazing economics because of it,” he added.

Alongside scale, one factor that has driven chemicals players to pursue acquisitions despite present valuations has been the opportunity to expand into new sectors and diversify portfolios, but no new class of production makes sense for Covestro at present, according to Thomas.

With CAS’ reliance on polycarbonates and polyurethanes, the company’s three platforms rest chiefly on two pillars, he noted.

“If you could find a fourth leg which fitted on the same backbone it would make some sense but last time I looked there isn’t,” Thomas said.

Covestro has spent down a portion of its cash windfall on a €1.5bn shareholder buyback and a €1.2bn cut in overall net debt to €283m.

The money is expected to continue to flow despite a projected normalisation of TDI prices in the second half of 2018, with the company reducing its timeframe to raise €5bn cumulative free operating cashflow in three years rather than five.

This rate of cashflow growth is ‘a nice problem to have’, in Thomas’ words, as the company is presented with the option of pursuing numerous spending programmes at once.

Analysts had speculated whether this would lead to the announcement of new greenfield capacity in addition to the company’s debottlenecking campaign.

With strong growth rates and little additional capacity expected online in the next couple of years other than Covestro’s own investment in its Brunsbuttel, Germany, operations, MDI was seen as the frontrunner for substantial new capacity investment.

However, this is not on the cards for the time being, according to Thomas.

“We’ve got a couple of options to invest in Brunsbuttel, invest in Tarragona, do some debottlenecking in China… [but] we haven’t applied for a license to build another MDI plant anywhere in the world, so the fastest we could do it would be seven years from now,” he said.

“In the mid-2020s you’ll see something coming on stream from our side, because we are committed to the growth [in that market] and that would be the more sensible timing,” he added.

While exceptional TDI margins have continued into 2018 and may last the first half of this year, demand growth for MDI is based on demand increases rather than extreme supply tightness, and is likely to be resilient at annual growth rates of 6-7% for the next couple of years, according to Thomas.

“TDI is a fly-up, MDI is structural. Demand has been averaging near 7% for the last few years… that means you need a world-scale plant every year, which isn’t there,” he said.

Thomas is set to retire as CEO in October, after over a decade in charge of both the former Bayer subsidiary and the current Covestro, and as an independent entity after its spin-out and initial public offering (IPO).

The company’s share price has risen from €25 per share at the time of the flotation in late 2015 to over €93 on Tuesday.

Looking back over his tenure as CEO, Thomas identified the redrawing of the competitive map for chemicals players as China held its nerve following the financial crisis of 2007/8 as one of the key shifts for the chemicals industry during that time.

“We had the biggest economic shock pretty much America or Europe has ever experienced, and that did two things. Firstly, it made everybody postpone their investments, and secondly, nobody in China postponed their investments,” he said.

“What you saw was a reorganisation of the global power base in our industry, and you saw the rise of Chinese mega competitors.”

The company’s move to invest in polycarbonates in China at the nadir of the crash and, later, to choose Shanghai as the headquarters of its divisional operations, has proven crucial for the growth of production for the materials, he added.

“We invested doubling up on PC in China, which has paid for itself already. We built our presence in China because we realised that, while Europe and America were looking pretty ugly because of the volume shock, which was 25%, China was actually still a very attractive market.”