VIENNA (ICIS)–Covestro’s decision to locate its new methyl di-p-phenylene isocyanate (MDI) plant in the US follows its long-term strategy of having production within its main regional markets, the company’s CEO said on Tuesday. 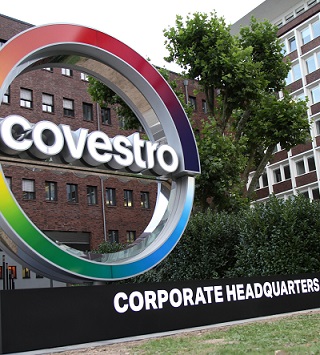 Markus Steilemann said MDI capacity has been increased in Europe and China over the last few years, making the decision to locate the new facility in the US the logical choice.

Covestro announced today that it will invest around €1.5bn to build a new world-scale MDI plant in Baytown, Texas, with start-up scheduled for 2024.

He pointed out that its long-term investment strategy has seen Covestro invest globally – starting from the late 1990’s and early 2000’s – and in China with its €3.1bn integrated chemical site close to Shanghai.

The company is also strengthening its position in Europe with the current repurposing of a toluene di-isocyanate (TDI) plant at Brunsbuttel in northern Germany to MDI, increasing the site’s capacity to 400,000 tonnes/year

MARKET GROWTH
The CEO said intensive studies into the industries Covestro serves today led it to forecast 5%/year MDI demand growth globally for the foreseeable future. These sectors include electrical appliances, building and construction and the automotive industry.

“We also see exciting opportunities in new applications, for example wind turbine blades, which have quite promising growth rates and where PU-based systems can play a significant role in the future,” he added.

Covestro considered all publicly announced capacities in terms of capacity and date onstream.

“We want to take a global capacity leadership position here and we think now is the right time to invest further in the profitable growth of our MDI business.”

Today Covestro is number one globally in polyurethanes and number three in MDI.

“We currently operate with around 20% MDI market share and after the plant has fully started up we expect to still have around 20% of the market,” said Steilemann.

TRADE WAR IMPACT
Steilemann said Covestro has not yet seen any significant impact on its business from the US-China trade war.

“In particular we strive to serve MDI customers in North America from plants in North America. Sometimes we have a need to shift material inter-regionally due to short-term S&D [supply and demand] considerations. But our general approach is from the region for the region,” he added.

Covestro is still committed to mergers and acquisitions as part of a three-pronged approach to creating shareholder value.

He added that the project is value creating with return on capital employed significantly above the weighted average cost of capital.