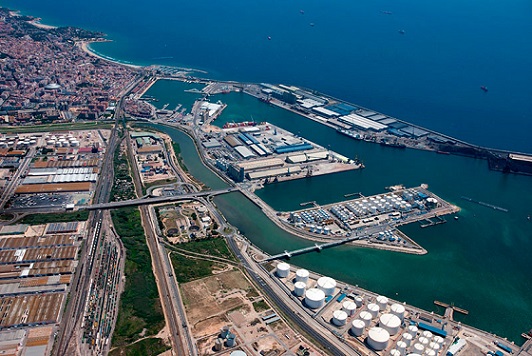 Andrea Firenze added that since 2015, when the company announced the closure of its 170,000 tonne/year MDI plant in Tarragona, the economics in the European automobile and construction markets have markedly improved, prompting the company to backtrack in its plan to close the facility, which would have put 120 jobs at risk.

He went on to say, however, that the decision to keep the MDI plant running was only a “suspension” of the move to close it down. 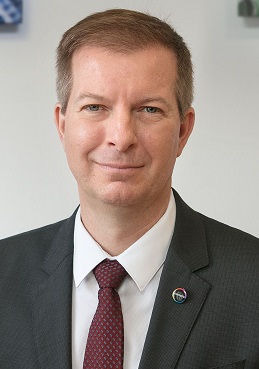 “Based on the MDI demand improvement the last years, the company decided to revise the strategy and suspended the closing of the plant by the end of this year,” said Firenze, pictured right.

“I want to emphasise the word suspend. We have been able to get access to the most important raw material, chlorine but the company hasn’t taken a final decision for MDI supply in the next years.”

With a potential closure in coming years still hanging over the plant’s future, Firenze said workers at the site had however “taken very positively” the extension in its production lifespan, as opposed to having potentially lost their jobs by the end of 2017, when the closure was planned to happen.“This decision was very important to minimise personnel impact at the site. The whole organisation, from the trade unions to myself, are working to adapt to the new scenario,” said Firenze.

The chlorine supplier with whom Covestro reached a supply agreement is Spanish chemical producer Ercros.A spokesperson from that company confirmed to ICIS on Thursday the agreement between the two companies, after the producer switched from mercury technology to produce chlorine to membrane, as per EU regulations after December 2017.

Financial or capacity details about the agreement were not disclosed.

“In 2015, the availability of an important raw material, chlorine, was not assured,” said Covestro’s Firenze.

“This, together with different scenarios inside the company, led us to explore other options where the supply of raw material would be assured,” he concluded, explaining the rationale Covestro used in 2015 for the plant’s closure.

The improvement of MDI demand has had automobile and construction as the two main protagonists.According to Firenze, even in Spain, where households and corporates are still trying to deleverage from the debt burden associated to the housing bubble which burst in 2008, the construction industry is improving, ultimately improving demand for MDI, which main end market is foams.

According to the EU’s statistical agency Eurostat, Spain’s GDP grew in the first quarter by 0.8%, compared to the fourth quarter of 2016, making it the best performing economy among the major countries in Europe.

Covestro Spain employs 320 workers, split between production sites in Tarragona and Barcelona, both in the Catalonia region in the northeast.

Apart from MDI, the company also produces in Tarragona polyurethane (PU) while in Barcelona it produces products for the coatings industry, according to Firenze.

The competitiveness of the Tarragona chemical park, which hosts more than 30 companies and employs more than 10,000, making it the main employer in the area, is however in question.

Firenze joined the Spanish chemical trade group, the main chemical trade unions and other corporates like CEPSA in asking for better infrastructure – a long-running demand form the companies at the site – as well as instruments which help lower the cost of energy.

Earlier on Thursday, the trade group FEIQUE published rosy figures for chemicals production and sales in Spain during 2016 but insisted a larger focus on industrial policies is needed to keep Spain’s industry competitive globally.

The less competitive conditions corporates have to face in Spain may be behind the fact no company has yet announced investments in the Tarragona chemical park since its reconversion in 2015 as the ChemMed Cluster.

After a public relations campaign started at the time in international chemical forums and industry events, one year later the entity’s president conceded to ICIS no company had formally announced plans to invest at the park.

Covestro’s Firenze is more optimistic, however.

“I have a more positive impression. I have been consulted many times by companies who are interested in coming to Tarragona, and there are quite a few,” he said.

“However, we badly need comparable competitive conditions compared to the rest of Europe. This is what we really expect for a sector like chemicals, which creates well-paid, long-term, high-quality jobs and has an important presence in the whole economy of this country.

“The fact is that we are not today in similar competitive conditions, that’s for sure.”

Covestro Iberia’s director general would not comment on how operations or his own job could be affected by what analysts consider a certain – Germany’s chemical major Bayer divesting the stake it still holds at the company by the end of this year, which stood by March at 53.3%.With the divestment, Bayer could cash it up to $10bn, according to analysts. With the proceeds, the company would finalise financing arrangements for its proposed acquisition of US agrochemicals major Monsanto.