Dow Chemical to convert $4 billion of preferred shares into equity 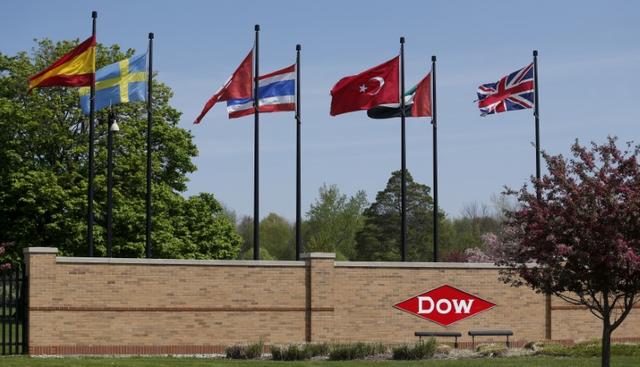 The Dow logo is seen at the entrance to Dow Chemical headquarters in Midland, Michigan May 14, 2015.
Reuters/Rebecca Cook/File Photo
Dow Chemical to convert $4 billion of preferred…X

The conversion of these shares, which had an annual dividend of 8.5 percent, into common equity was contingent on Dow’s shares trading above $53.72 per share for any 20 trading days in a 30-day window.

The conversion of each preferred share into 24.201 shares of Dow common stock, will give Buffett about 6 percent of the company and Kuwait Investment Authority about 2 percent.

Dow has paid Buffett $255 million in dividends every year, helping him make about $1.8 billion since 2009. Kuwait Investment Authority netted nearly $600 million in the same period.

Dow will now have to pay $133.6 million as annual dividend on the new common shares held by Buffett.

The loss of dividend from the preferred shares wont be too much of a hit for Berkshire, which ended September with $84.8 billion of cash.

Dow will be issuing 96.8 million new common shares, representing nearly 9 percent of its outstanding shares, as a result of the preferred share conversion.

The company had 1.12 billion shares outstanding as of Sept. 30.

Kuwait Investment Authority and Berkshire Hathaway did not immediately respond to requests for comment.

(Reporting by Swetha Gopinath in Bengaluru; Editing by Shounak Dasgupta)