The polyurethane (PU) market is a $53 billion global market that is projected to grow 7% per year for the next 10 years.

DWDP is one of the 3 major players in the PU market, and recent production from Sadara may strengthen their position even further.

The latest concerns around rising raw materials and energy prices have dampened expectations for the Industrial Intermediates & Infrastructure segment of DowDuPont (DWDP). The segment, while not as big of a contributor to DWDP’s EBITDA as the Packaging and Specialty Plastics segment, is a leader in the Polyurethane market both globally and domestically – which is poised for high expected future growth through 2025.

Industrial Intermediates & Infrastructure reported net sales of $12.6 billion in 2017, a 17% increase from 2016. They reported pro forma operating EBITDA $2.82 billion in 2017, a 36.4% increase from 2016. The Industrial Intermediates & Infrastructure segment’s EBITDA currently makes up 14.1% of the company’s operating EBITDA and 20.2% of the company’s net sales. With the large increase in II&I’s operating margin from 2016 to 2017, as evidenced by the higher increase in operating EBITDA, it isn’t crazy to think that they can close the gap between their current contribution of net sales and EBITDA, perhaps bringing the EBITDA component to 20% or higher.

The increase in net sales for II&I came primarily from 2 components, a 7% increase in volume and 10% increase in local prices. The 7% volume increase is obviously a good direction for II&I, as it represents more of the demand side of company sales and is less subject to risks from local and global markets. The local prices increase from rising raw materials and energy prices, while not ideal from a profitability standpoint, affects all competitors that play in the 4 global business units of DWDP’s Industrial Intermediates & Infrastructure segment, and not just DowDuPont. Those 4 global businesses include Construction Chemicals, Energy Solutions, Industrial Solutions, and Polyurethanes & CAV.

I want to focus this article on the Polyurethane market, as it was one of the primary drivers behind II&I’s big increase in operating EBITDA. As mentioned in a previous Seeking Alpha article, DowDuPont is expected to spin off into 3 businesses with the following themes: Agriculture, Specialty Chemicals, and Materials (or MatCo). The polyurethane business should end up in MatCo, and can serve as a great underappreciated opportunity for 2019 and beyond.

The polyurethane (PU) market is a $53 billion global market that is projected to grow 7% per year for the next 10 years. Higher demand from commercial construction projects drive some of this expected growth, especially as polyurethane spray foams start to become applicable as insulation. 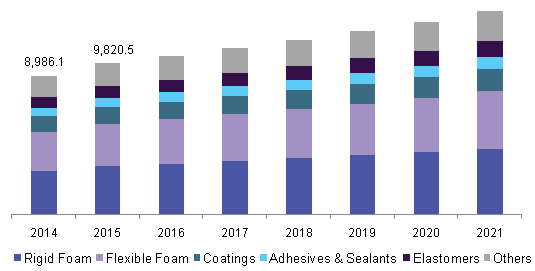 Carlisle (CSL) reports that a new roofing cycle is on the horizon, which should boost demand significantly for their CCM segment (in which polyurethanes are involved) and likely increasing demand for polyurethanes in general. In fact, CSL projects a 10% CAGR for spray foam polyurethanes until at least 2020. 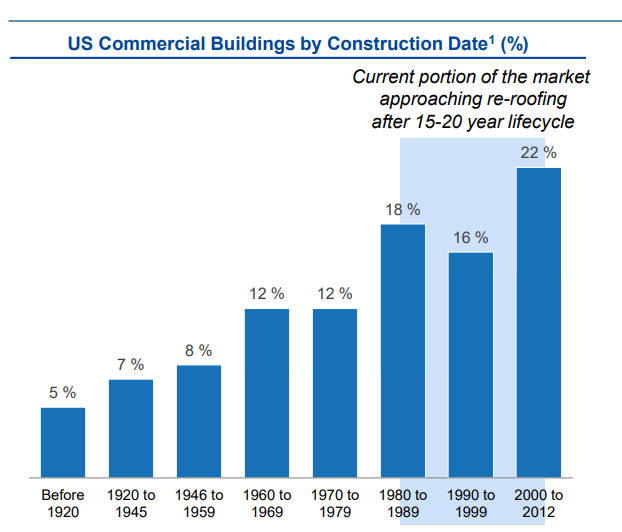 The extent that DowDuPont’s Polyurethane & CAV unit makes up their Industrial Intermediates & Infrastructure revenue is not clear from their annual report, however a glance at DWDP’s competitors in the Polyurethane market can give some perspective to their competitive advantage in the space.

Grand View Research had this to say about competitive environment in the global Polyurethane market:

“The industry is concentrated & oligopolistic in nature with the top manufacturers accounting for over 60% of the overall share. Product pricing & other strategies are highly dependent on the top players such as Covestro, BASF & The Dow Chemical Company, while major multinationals are entering into strategic alliances with smaller regional players to expand their activities in emerging economies.”

I researched the annual reports for Covestro, BASF and DowDuPont and other competitors to try and establish some estimates for each’s position in market share. I converted Covestro’s Euro figures to USD and Wanhua’s RMB to USD. The figures are here (in USD million):

Again, it’s not clear if the whole $12,647 of DowDuPont’s II&I is directly Polyurethane, but adding the revenues of the “big 3” do come close to that over 60% figure quoted above.

Note that the published Grand View Research report on the Polyurethane market was released in February 2017, and so like I mentioned before these market share calculations are just estimates.

From these data points, it looks reasonable to say that DWDP has a strong hold in the growing PU market. Higher market share is usually correlated to higher profitability, and 2017 proved no exception. Growing over 35% in operating EBITDA despite higher costs is nothing to sneeze at. The extent of the improvements in Polyurethanes & CAV from 2016 to 2017 was summarized in the DowDuPont 10-k provides great color:

DowDuPont has a joint venture with Sadara Chemical Company, where DWDP markets Sadara products outside of the Middle East zone. DWDP buys Sadara products and gets paid a marketing fee for it. The higher production in Sadara obviously helped profitability and can be a continued driver for margin improvements and EBITDA growth moving forward.

Coupled with the other demand developments both geographically and with the caustic soda and vinyl chloride monomer, and with the sizable market presence already there, DWDP has a strong future in a healthy and growing Polyurethane market. Whether the spin-offs proceed as planned or stall, the Industrial Intermediates & Infrastructure segment for DWDP continues to be a bright point, one possibly overlooked by investors who put the majority of their focus on the Packaging and Specialty Plastics segment for its $4,698 million 2017 EBITDA.

I showed my process behind my research of the Polyurethane market, with some remarks and additional data on the North America area competition, in this screencast video here: