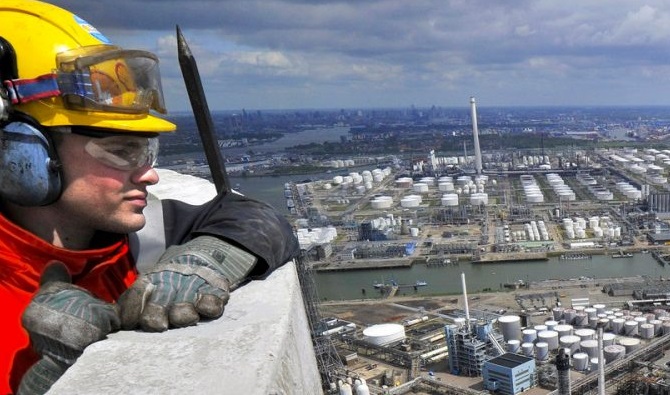 Despite Shell’s restart at its Pernis site in the Netherlands, following the unplanned outage, the ethylene and propylene markets have seen little immediate relief.

Supply of propylene and ethylene remains tighter than expected due to delayed crackers restarts in Europe, along with Shell’s own outage at its Pernis.

The company said earlier this week it was restarting “a number of units” at the site.

Demand also continues to fare relatively well for the time of year, although there are signs of a summer slowdown in some cases.

While contract volumes remain manageable, supply flexibility remains constrained for ethylene and especially propylene because of Shell’s Pernis refinery output disruption as well as the knock-on effect on Shell’s own Moerdijk cracker operations last week which resulted in force majeure declarations on ethylene and propylene.

“It is really a bit too early to see any relief from the Pernis restart, we are still under allocation,” said one propylene buyer.

It added that even though its allocation was more than 50%, it said it still had to run its downstream operations at reduced rates due to upstream supply constraints.

One trader said it is receiving a number of enquiries for polymer grade propylene (PGP) and chemical grade propylene (CGP), but it said it was struggling to find any material to cover these needs.

Another trader said: “I think the market is still tight on everything – absolutely propylene. Buyers in the south and the north, everybody is screaming for product. Nobody has any available: no drop is available.”

Sources mentioned a similar situation in the ethylene market, with one reseller stating that it was looking for some ethylene spot to cover its export commitment for end-August, but it said that spot volumes remained elusive.

However, one ethylene buyer said that while it has not heard anything further on the status of Shell’s force majeure on ethylene, because of the cracker constraints at Moerdijk last week, it believed the company’s volumes were improving.

Shell was unavailable to immediately comment at the time of writing.

Sources said, however, that some players are looking outside Europe for volumes.

Traders are eagerly looking for propylene volumes from the US for September after volumes for August have already been sold, according to some sources.

There may be volumes on offer from one supplier in the Americas, although this has not been officially confirmed and it remains unclear if this volume will come to Europe or stay in the Americas.

Some sources mentioned a Russian propylene cargo that may be heading to Europe, although this has not been officially confirmed.

For ethylene, a tender from the Middle East for early August loading was awarded with the larger volume of 9,000 tonnes heading to Asia and around 3,700 tonnes believed to be heading to Europe.

Another ethylene tender believed to be for 9,000 tonnes ex-Middle East has been awarded to trade for mid-August loading, although destination remains unclear, with Asia and Europe eyed as possibilities.

However, the trader suggested that Asia was looking to be the more likely option because of the shortfall in Asia which would be larger than that in Europe, especially in view of Shell’s Pernis restart being underway.

The main outlet for propylene is as a feedstock for polypropylene (PP). Propylene is also used to produce acrylonitrile (ACN), propylene oxide (PO), a number of alcohols, cumene and acrylic acid.