LONDON (ICIS)–The European propylene contract reference price for April has been set at €650/tonne, down by €175/tonne from March.

The settlement was directly confirmed by three producers and four consumers, two of whom are non-integrated.

This is the lowest contract reference price since May 2016 and marks the largest month-on month-adjustment since contracts moved from quarterly to monthly in January 2009.

The widely expected decrease was driven by the steep fall in crude oil and primary feedstock naphtha values month on month as well as the need to align better with global values.

ICIS naphtha values show a decline of €179/tonne in March compared with February, on average.

Supply and demand fundamentals remain relatively healthy for the time being.

Demand has been better than expected for some derivatives with applications in packaging, hygiene and sanitary sectors.

The contract reference price is fully established when a minimum of two producers and two consumers have directly confirmed.

It is agreed on a free delivered (FD) northwest Europe (NWE) basis. 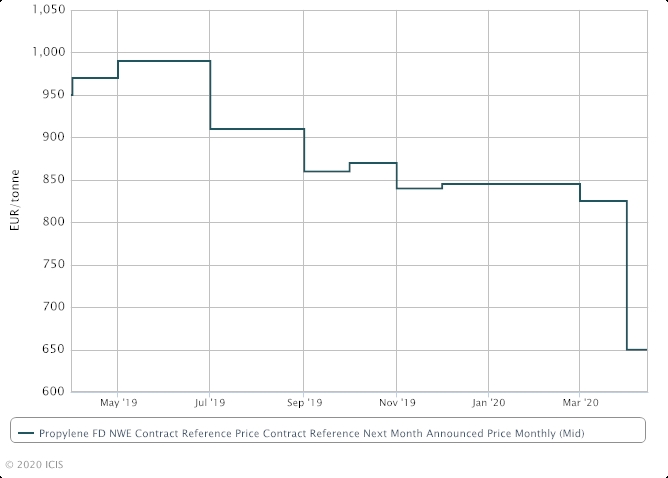