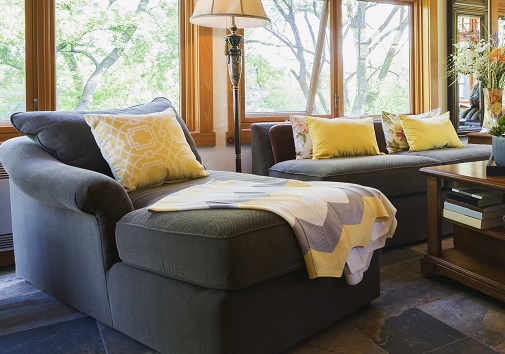 The German chemical major, on 5 October, informed customers that a grade of TDI manufactured at its Ludwigshafen  plant between 25 August and 29 September may contain levels of dichlorobenzene significantly above the firm’s standard impurity levels.

Since, several foam manufacturers, which use TDI as a raw material, have announced temporary production stoppages as they attempt to digest the news.

Carpenter, the world’s largest producer of cushioning products, declared force majeure, in a letter dated 6 October, and temporarily closed all foam-making operations where its TDI inventory may have been affected by BASF’s shipments.

On 10 October, Recticel announced that five of its flexible polyurethane foam sites were supplied with the specific grade of TDI manufactured by BASF’s Ludwigshafen plant in the aforementioned time period, leading the firm to make temporary stop in production and deliveries in order to limit any effect on its customers.

An ICOA France letter, dated 6 October and obtained by ICIS, informed its customers that it had stopped production at a number of its sites where BASF delivered raw materials.

The France-based company said that, as of 11:00 GMT on 6 October, foam was affected at the Caligen Europe and Draka Interfoam sites in the Netherlands, the ICOA site in France as well as the Koepp, Metzeler Schaum and Veenendaal sites in Germany.

The letter also added that there was an impact on Vitafoam Romania’s future supply of foam.

All the companies listed in ICOA France’s letter are a subsidiary of UK-based Vita Group.

“Please identify any foam we have delivered since 25 August 2017 and please put any stock in quarantine until we are able to provide the “all clear” or further instructions,” wrote Gilbert Davids, managing director of ICOA, in the letter.

“We would recommend that you give this information to any customers you may have supplied with potentially contaminated foam from 25 August.”

A BASF spokesperson, on 10 October, said that the company would take back at its own cost some unprocessed TDI still in customers’ tanks by the end of the coming week and also offered to take back any foam blocks that used material produced by the German chemical major at Ludwigshafen during the August to September period.

The company’s production process, the spokesperson added, has been changed since the end of September to prevent further fluctuations in the quality of its TDI.

A split has emerged among Europe TDI market participants as to the likely impact from the situation, with some parties expecting a significant effect on the market.

“One big, huge tsunami, that’s how I would put it,” said a trader.

This is partly as sources said some TDI consumers have already produced products using BASF shipments that were manufactured in August and September.

These customers are now said to be waiting for further information as to how to react.

“The question is, should you sell finished product?” said a buyer.

Others players pointed out that full details on the issue have not emerged yet, and that BASF is not the only supplier of TDI in Europe. BASF itself has two TDI plants: its 80,000 tonne/year Schwarzheide facility as well as the affected 300,000 tonne/year Ludwigshafen site.

“The nature of the problem is not so clear. Some customers are affected, many are not,” said a producer.

The Europe TDI market has already experienced supply difficulties coming into October, driven in part by longstanding capacity issues at BASF’s Ludwigshafen plant and a spate of planned maintenance by other players across the region.

Participants are waiting to see what impact the latest developments will have on supply and consumption in November.

“That’s the big issue, it will throw the whole market upside down…TDI will be even tighter,” said a source.

Further availability issues will not be welcomed by TDI consumers, especially as lack of product has often driven prices in 2017.

The Europe TDI price midpoint has increased continuously in the market between March 2016 and August 2017, leading many buyers to point out that business has become difficult.

“The problem is more about the image of our industry, I can understand the [foam manufacturers] are very, very much under pressure,” a supplier said.

“That can of course cause some difficulties in the balance next month…It [would] be a lie if I do not tell you that we got a few calls from people asking for TDI and some emergency supply and so on… but not in the [numbers] that you could expect.” it added.

“I think people initially try to understand what they have to do and how big is the problem and how to manage with the inventory and so on.”

Potential further tightening of TDI after the BASF news could repeat these trends from 2016.

“This will also have an impact on the polyols market, obviously,” said a trader.

“People who cannot produce foam, they don’t need their polyols”

With October TDI contract negotiations ongoing or completed, sources say BASF’s issue would only affect the market in November.

Product was already expected to be tight in November before recent market developments.

What the exact impact on next month will be remains unclear, however, but it has been pointed out that behaviour in the market might have to remain unchanged.

“As I say, the market remains short. Even after this event, people will buy from BASF,” said a source.