US Nov benzene expected up slightly

The US October benzene contract price had settled at $2.11/gal, marking an end to two months of contract price declines. The October settlement also was one of the smaller month-on-month movements in 2015.

Another slight change is expected for the November settlement, as benzene spot prices have held generally steady through October.

Market participants expect the November settlement to be in the $2.15-2.17/gal range, up 4-6 cents/gal from October.

One market source had heard talk of a possible rollover, but added that with benzene spot prices tracking gains in upstream crude oil that November could settle as high as $2.20/gal, a 9 cents/gal increase over October.

The US benzene contract is typically settled on the last day of the previous month. The November contract is expected to settle on Friday. 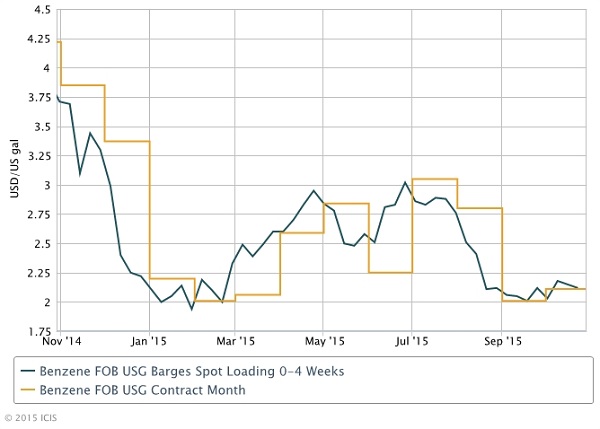