US Aug specialty chems growth slows due to Harvey – ACC 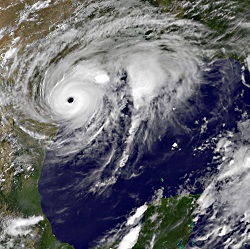 The marginal growth in the US specialty chemicals market was virtually flat compared with a revised 0.5% gain in July. The data is reported on a three-month moving average (3MMA) basis.

Of the 28 specialty chemical segments monitored by the ACC, 15 expanded in August. Nine markets experienced decline, the ACC said, while four were stable. 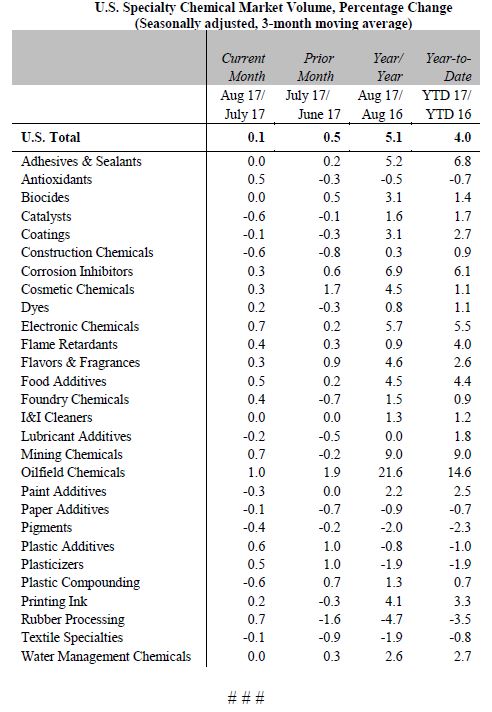 Large market volume gains of 1.0% and over occurred only in oilfield chemicals, the ACC noted.

On an unadjusted basis, the August data showed a 0.8% decline. The ACC said that only 11 segments expanded based on this basis.

Overall, the specialty chemicals volume index was up 5.1% on a year-on-year 3MMA basis.

On a year-on-year basis, 20 market and functional specialty chemical segments saw gains. Compared to last year, the ACC said volumes were down in seven segments.

The image above shows a photograph of Hurricane Harvey. Source: NOAA/ZUMA Wire/REX/Shutterstock