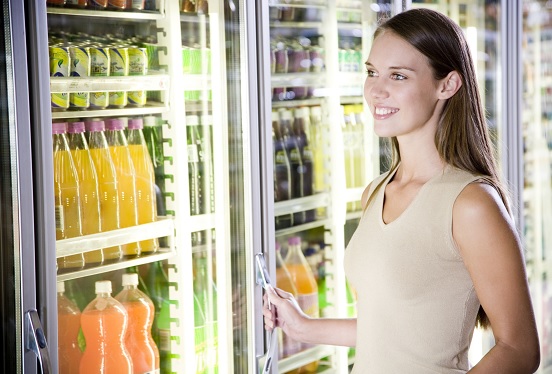 SINGAPORE (ICIS)–Prices of polymeric methyl di-p-phenylene isocyanate (PMDI) in India surged to an all-time high amid tightening supply, surpassing China and southeast Asia import prices in the process, according to market sources.

Further PMDI price upside in India is expected to be curbed in the coming weeks after the recent spike but the overall uptrend in Asia prices will likely stay intact and should last until mid-year amid tight supply.

On 8 March, average prices of PMDI in India shot up by $600/tonne, or 25.5%, to $2,950/tonne CIF (cost, insurance and freight) from the previous week, according to ICIS data, due to a shortage of import cargoes.

Although India prices were expected to rise to narrow the gap with firm China prices, the magnitude of the increase in the short span of one week caught market players by surprise.

While it is difficult to pinpoint the main cause of the spike in India prices, a combination of factors that had caused supply to tighten may have contributed to the surge.

Firstly, import availability of cargoes from northeast Asia has been curtailed due to reduced plant production and upcoming plant turnarounds in the second quarter.

South Korea-based Kumho Mitsui Chemicals (KMCI) has been running its plant at low rates since late-February due to insufficient supply of raw material from a local supplier and the plant will be run at a low rate of around 60% of capacity on average in March and April, a company source said.

Moreover, China’s Wanhua Chemical – the largest methyl di-p-phenylene isocyanate (MDI) producer in the world – and Japan’s Tosoh Corp have impending maintenance shutdowns at part of their facilities scheduled in the May to June period.

Secondly, supply disruptions at some producers’ plants that do not normally ship cargoes to India has affected the overall PMDI supply in Asia.

“Covestro dosen’t have much cargoes to sell [in domestic China]. They are limiting their supply but I’m not sure why. Their plant seems to be running normally,” a Chinese distributor said.

“Covestro may be shipping some cargoes to help support the European market,” another Chinese distributor said.

Covestro had declared force majeure on its MDI and toluene di-isocyanate (TDI) supply in Europe from early October to late-December last year due to production problems with its nitric acid supplier.

However, the current run rates of Covestro’s MDI and TDI plants after the force majeure was lifted could not be confirmed.

German chemical giant BASF’s 400,000 tonne/year MDI plant in Chongqing, southwestern China, is expected to stay shut for a month from end-February due to supply disruption at one of its raw material suppliers, albeit cargoes produced at the Chongqing unit are only sold to customers in southwestern China and are not exported.

The Chongqing unit had been running at a low rate of less than 50% of capacity since it started up in August 2015 due to insufficient supply of raw material, market sources said.

“Suppliers may be using BASF’s Chongqing plant shutdown as an excuse to hike their prices even more,” a regional trader said.

Thirdly, India buyers have few other choices other than relying on imports because of limited domestic production.

BASF has a 50,000 tonnes/year MDI splitter (separation and purification) located in Dahej, India, that has been running at low rates of below 50% of capacity due to shortage of raw material that it usually sources from South Korea, market sources said. 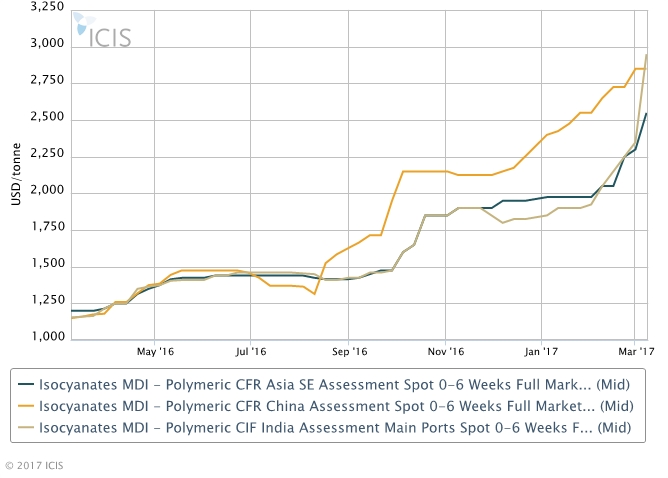 Picture: PMDI is used to make the insulation materials found in refrigerators (I Love Images/REX/Shutterstock)