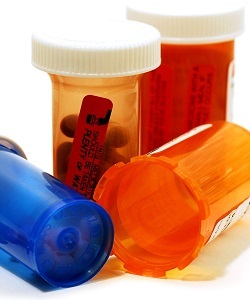 HOUSTON (ICIS)–US July propylene contracts are fully settled at an increase of 0.5 cent/lb amid production outages, sources confirmed on Friday.

Propylene contract prices have been relatively stable after a volatile first half of the year. In the first quarter prices climbed amid planned and unplanned cracker outages, a heavy refinery turnaround season and the delay of a planned propane dehydrogenation (PDH) project. Through most of the second quarter, prices fell as some production returned. 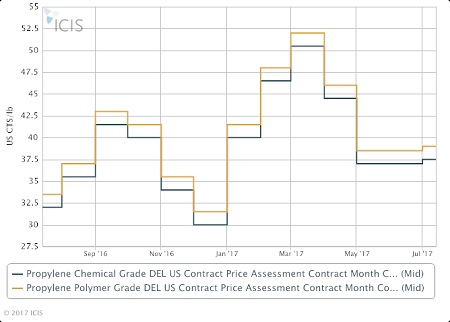 Some outages continue, including one PDH unit which remains in a turnaround and a second PDH unit which market sources have said is operating at reduced rates. The delayed PDH project was expected to have been completed at the end of the second quarter and could start production as early as late July, but would have little impact on supply before the end of the month.

The slight increase for July is in line with most market expectations amid the ongoing outages, although not all supported it.

“The increase was not warranted, but the majority rules,” a buyer said.

Inventory levels moved higher in the last week of June, according to data from the US Energy Information Administration (EIA).

The build-up had prompted expectations that the July contract price could remain flat.

But inventory levels fell in the first week of July, according to the EIA’s most recent data.