US mattress imports fell for 4th month in September

Washington, DC – US mattress imports fell for the fourth straight month in September to 1.37m units, compared with 1.47m units in the same month last year.

This is a marked shift in the rankings. Last year China’s 1.2m units put them in the first place of exporters to the US, with Mexico’s 130,000 units much further behind. Mexico was followed in third place by Poland with 26,000 units. 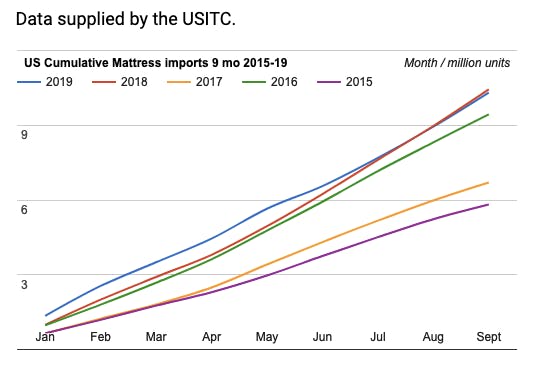