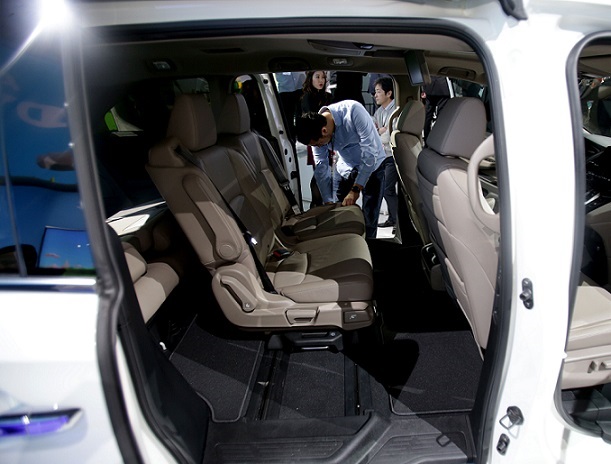 SINGAPORE (ICIS)–Demand for isocyanates and polyols in the Middle East has entered a seasonally weak period amid the Muslim fasting month of Ramadan, which started on 27 May.

“This is the trend now, prices are coming down,” said another NE Asian market source.

Polyols prices are however expected to be stable despite the slow demand as producers have been reluctant to lower their offer levels due to rising prices of feedstock propylene oxide (PO).

PMDI import prices were stable-to-soft, with GCC prices at $2,600-2,650/tonne CFR GCC, the top end down by $50/tonne from the previous week, while prices in Iran and the East Med were all unchanged.

“Activity is slowing down. Some producers will try and keep their [isocyanates] prices up for as long as they can but they will offer the discounts to whoever wants to buy,” said a trader in Europe.

Isocyanates and polyols are used together in the manufacture of rigid or flexible foam products, which are being used widely in the production of automotive car seats and mattresses.

Demand was stable but subdued with few market participants willing to commit to large orders amid what is typically considered a slow season, market sources said.

Ramadan is considered the holiest month in the Muslim calendar, during which, practising Muslims abstain from food and water between sunrise and sunset.

It is also a period where many Muslims focus their attention on the spiritual aspect of their lives and so many actually cut back on commercial activities during the 30-day period.

As such, manufacturing activity slows down as factories observe shorter operating hours and as many workers take some vacation time as well.

“The demand is slow because of Ramadan. No one wants to commit to deals,” said a source at a northeast (NE) Asian polyols supplier.

While demand for consumer items like food and clothing does improve leading to the Eid ul-Fitr festival, which marks the end of Ramadan, demand for products like polyurethane foam would stagnate.

“Things are a bit softer now and it’s expected to be quiet for the next month or so,” said a Middle Eastern source. 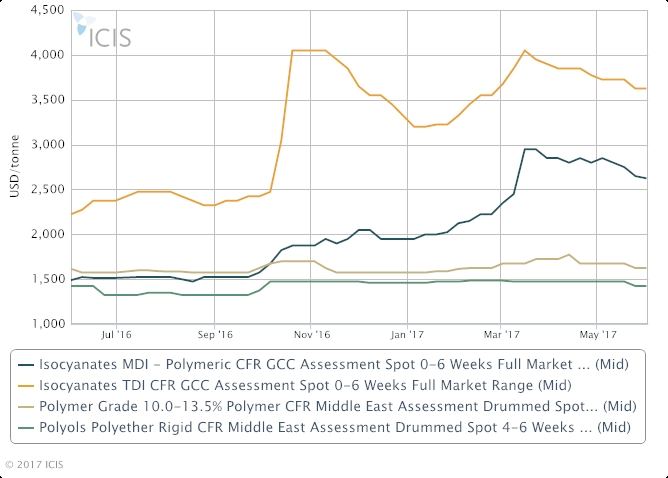 Picture: Car seats. Isocyanates and polyols are used together in the manufacture of rigid or flexible foam products, which are being used widely in the production of automotive car seats and mattresses. (Source: ddp USA/REX/Shutterstock)