Firms sued over alleged MDI, TDI price fixing in US 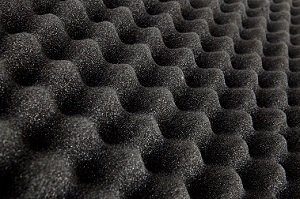 The lawsuit followed a report that the US Department of Justice is investigating the polyurethanes industry.

The company, CUE, alleges that the producers agreed among themselves to fix prices for methyl di-p-phenylene isocyanate (MDI) and toluene di-isocyanate (TDI) by limiting supply, it said in court documents.

One of the ways that the producers allegedly limited supplies of iscoyanates was through coordinated plant outages, CUE said in the lawsuit.

The alleged price fixing started as early as 2015 and continued until at least February 2018, CUE said in the lawsuit.

Bayer was sued because it produced isocyanates before it spun off Covestro.

CUE filed the lawsuit in US District Court, District of New Jersey. It is requesting class-action status, which would allow other isocyanates customers to file claims against the producers.

CUE accused the isocyanates producers of intentionally cutting supply, it said in the lawsuit. This strategy entailed that the producers coordinate and rotate plant shutdowns, often under force-majeure clauses, CUE alleged.

“These closures happened under purely pretextual reasons, such as supposed raw-material shortages or required ‘maintenance’,” CUE said in the lawsuit.

The company then listed a number of shutdowns and outages, alleging that the magnitude of such incidents was not typical for the industry, CUE said in the lawsuit.

Meanwhile, CUE cited examples of some of the producers announcing price increases at around the same time, it said in the lawsuit. The company alleged that the increases were too numerous and too closely connected in time to be merely parallel conduct.

“They had to be coordinated and agreed-upon,” CUE alleged in the lawsuit. “Announcements made on the same day, moreover, cannot be merely follow-the-leader parallel conduct.”

Meanwhile, CUE’s lawsuit quotes a news report, which says that the isocyanates producers are targets of a price-fixing investigation by the US Department of Justice.

Bayer did not immediately respond to a request for comment.

In a statement, BASF said it “does not comment on pending legal matters in such circumstances, but denies these allegations”.

The company acknowledged that on 1 March, it received a subpoena from the US Department of Justice, which requested information related to its MDI business.

BASF said it was unaware that it or any of its employees are targets of any criminal proceedings.

In a statement, Covestro said it “strongly denies all allegations in the lawsuit, considers them to be without any merit and will vigourously defend itself”.

The company acknowledged that it had been contacted by the US Department of Justice in regards to an investigation within the polyurethane industry. Covestro did not elaborate on the nature of the investigation.

The company said it is cooperating fully with the department throughout the investigation.

In a statement, Dow Chemical said the lawsuit is a hasty reactions to reports of the investigation by the US Department of Justice. Dow Chemical had merged with DuPont to create DowDuPont.

“Dow is eager to demonstrate it was not involved in price fixing in any way,” the company said in the statement. “We will fully cooperate with any investigation and are confident in a favourable outcome.”

Huntsman said it does not comment about pending litigation.

Moreover, “Huntsman has not been informed that we or any of our employees are a target or subject in any criminal investigation”, the company said. “Any civil litigation based on similar facts would be wholly unfounded and we will defend the case aggressively.”

In a statement, LANXESS said it does not expect that the lawsuit would affect the company because it does not supply or make MDI or TDI.

A phone call to the US office of SK Chemicals was referred to an executive who was on a business trip. The executive did not immediately return the call.

SK Chemicals is a sister company of SKC, which makes up half of the MCNS joint venture.