HOUSTON (ICIS)–US September propylene contracts settled a 1 cent/lb decrease for the majority of the market amid improved supply and a slight downtrend for spot prices, although one seller did not settle at that level.

The September settlement puts contract prices for polymer-grade propylene (PGP) at 60.0 cents/lb (1,323/tonne) and for chemical-grade propylene (CGP) at 58.5 cents/lb. The decline follows a 2 cent/lb increase in August. 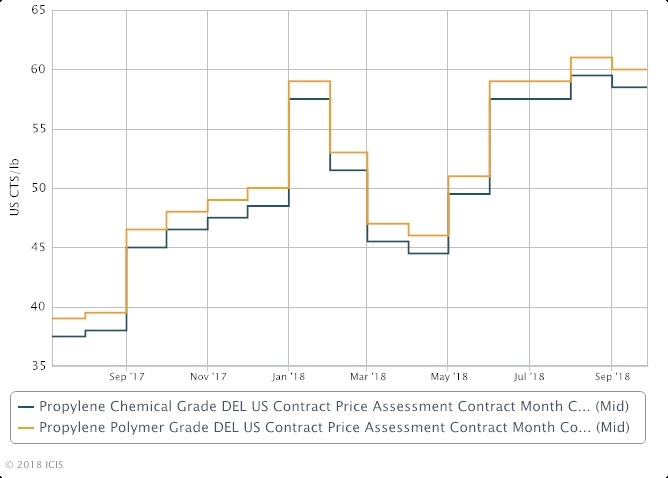 Propylene has been under some downward pressure following the resolution of production outages heading into August and the possibility that heavier cracker feedstocks could become more viable amid higher ethylene prices in September. 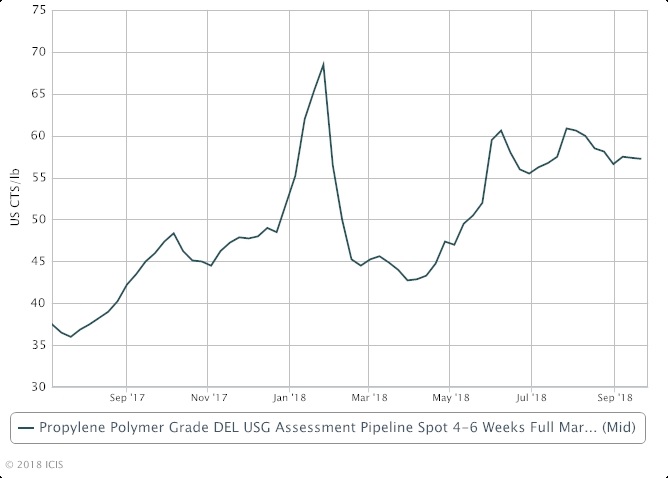 Propylene production from crackers have been constrained due to low ethylene prices, which prompted an increase in lighter feedstocks like ethane, which produces the least amount of co-products like propylene. With ethane feedstock costs higher and volatile, ethylene spot prices have risen and naphtha cracker margins are no longer negative.

However, ethane remains the most cost-effective feedstock for ethylene production which may limit any increase in heavier feedstocks, while ethylene supply remains long and cracker margins remain thin. 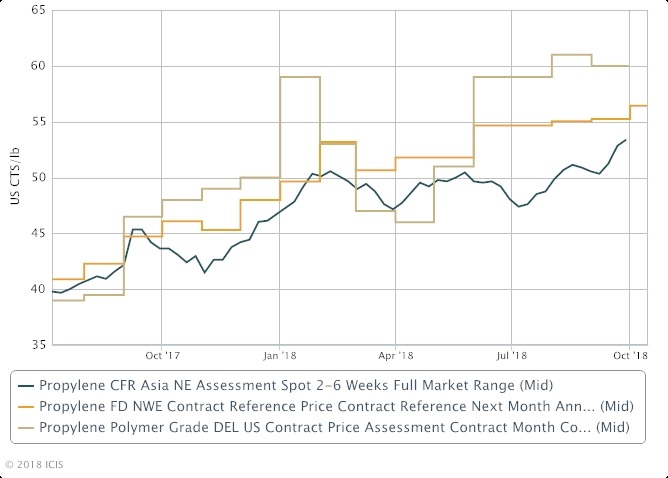 The disparity in global prices led to expectations of demand destruction in the US, as the higher cost would be a headwind for domestically-produced derivatives.

But the demand fall-off has not been as steep as expected amid a tight market for downstream polypropylene (PP). While imports of PP have increased, domestic operating rates have remained relatively good.

PP is the largest consumer of US propylene, but indications for other downstream sectors are similar.

“Demand seems to be very strong across most major derivatives,” a market source said.