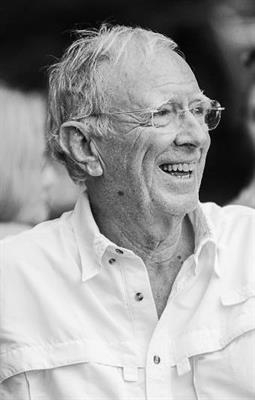 MOUNT AIRY, NC—NCFI announced today one of the company’s founding members, and former president, Jacob “Jake” Barnhardt. Jr. passed away May 12, 2018 at the age of 82.

The Mount Airy, NC based company got its start in 1964 as North Carolina Foam Industries through a partnership between Dr. Harris W. “Ace” Bradley, who had worked on the Manhattan Project during WWII and with DuPont in discovering and pioneering urethanes in the 1950s, and Barnhardt Manufacturing Company in Charlotte, NC. Jake Barnhardt, a Charlotte, NC native with an engineering degree from Georgia Tech (George Institute of Technology), and US Navy veteran, joined Dr. Bradley in Mount Airy to manage the new venture.

While Bradley served as the first company president until 1972, Barnhardt succeeded him and served until 1995. Under Barnhardt’s leadership the company saw considerable growth. “It was a dynamic time for NCFI,” says Lewis Barnhardt, president and COO of NCFI’s parent Barnhardt Manufacturing Company. “The company more than tripled our manufacturing space, took the lead in foam for aircraft seating, developed urethane carpet padding and geotechnical polyurethane foam, residential insulation foam—now our popular InsulStar line— and our roofing foam really took off, and we started doing business in Mexico, South America, Canada, and Russia. Jake had his hand on it all.”

Barnhardt adds it was under Jake Barnhardt that NCFI became the premiere partner for supplying foam for the US Space Shuttle’s external tank program. “Jake played a major role working with NASA and Lockheed Martin to formulate and provide the exacting standards required for the Space Shuttle program. It’s a working partnership of which we’re extremely proud and for which we’ve won accolades and awards. It’s also a relationship we still enjoy as we enter our 38th year—now working on the unmanned rocket programs.”

Chip Holton, NCFI president, echoes Barnhardt’s statements: “Jake Barnhardt’s leadership was crucial to NCFI at a time when change was constant. We had to innovate and change quickly, and balance the growth opportunities with what our scientists and chemists could achieve. One of Jake’s strengths as an engineer was keeping R&D progressing with the highest quality standards while finding new markets to capitalize on. He was the right man for the time.”

Holton says Barnhardt was known throughout the plastics and rubber industry as a visionary, and is remembered as a great storyteller and lifelong humanitarian. Holton says the company will honor Barnhardt’s memory with a private ceremony later this year.