SINGAPORE (ICIS)–Spot propylene prices in northeast Asia may remain weak as recent gains are unlikely to be sustained given expectations of longer supply in November.

In the week ended 10 November, prices increased by an average of $25/tonne week on week to $940/tonne CFR (cost and freight) NE (northeast) Asia, reversing the $32.5/tonne gain in the previous week, according to ICIS data. 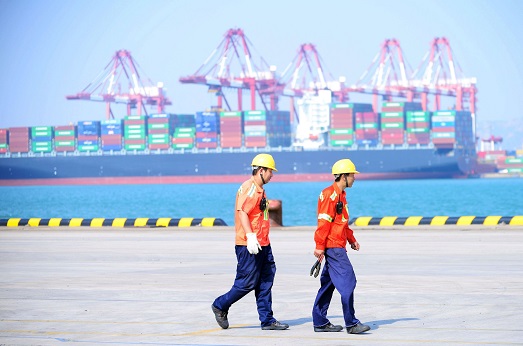 “I have demand but I think I will wait … because prices will be falling,” said a buyer in Mandarin.

It was a sentiment shared by a number of Chinese buyers last week. China is a major importer of propylene in Asia.

The recent uptick in prices was largely considered a knee-jerk reaction to production disruptions at two facilities in Shandong, China, but the supply concerns could be dispelled soon.

The units – a fluid catalytic cracking (FCC) unit producing 400 tonnes/day of propylene prior to its shutdown; and a mixed alkane dehydrogenation unit with a 200,000 tonne/year propylene capacity – are expected to resume operations by the second half of November, market sources said.

Also in Shandong province, the propane dehydrogenation (PDH) unit of Wanhua Chemical in Yantai is expected to be restarted in the second half of November. The unit has 750,000 tonne/year propylene capacity.

Another domestic 500,000 tonne/year propylene plant is expected to resume operation by the end of November.

In eastern China, demand will be curtailed as a major polypropylene (PP) plant integrated with an upstream PDH unit is scheduled to be shut for a turnaround by end-November.

Market sources estimated an extra propylene supply of 15,000-20,000 tonnes as the PDH unit will continue to run during the shutdown of the PP unit.

A tender for 1,600 tonnes of propylene for first-half December loading was heard concluded last week in the high-$800/tonne FOB NE Asia levels but could not be confirmed.

The deal price, which producers said was “a bit low “, indicated inventory pressure among sellers and continued weakness in demand.

Japanese spot buyers were also mainly staying on the sidelines, leaving China possibly the only destination for spot cargoes.

Meanwhile, more supply may be heading into China, with some spot discussions heard ongoing for cargoes from southeast Asia on a formula-linked basis as the region is still long in supply.

A propylene sales tender issued in southeast Asia, possibly involving a 2,350 tonnes, for early December loading, is expected to head into China, amid lackluster demand elsewhere in northeast Asia. 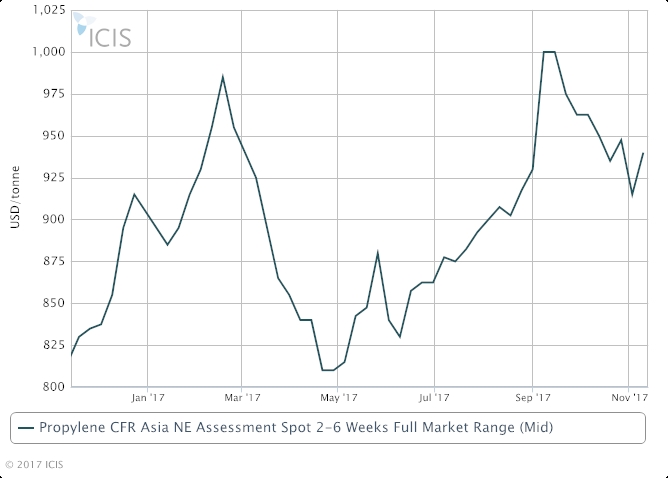 Additional reporting by Doris He