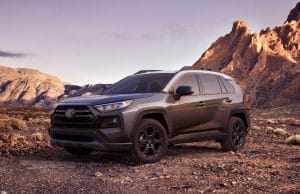 The popularity of Toyota’s RAV4 is pushing the company to add 400 more workers at its Kentucky plant.

This story contains updated results from later in the day.

Consumers seem to have figured out automakers are prepared to offer their best deals during the industry’s year-end marketing push, which now begins before the Thanksgiving holidays as manufacturers reporting November sales reported solid gains.

“Based on the strength of our products and disciplined approach to sales, American Honda is bucking industry trends, with record sales in three of the last four months.” 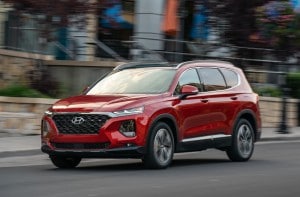 The new Hyundai Santa Fe enjoyed a strong sales increase in November, as did most of the brand’s SUV line-up.

Hyundai Motor Co. reported a solid 6.2% rise in November sales to 60,601 vehicles. It was the company’s 15th gain in the last 16 months. The company’s retail sales jumped 19% last month.

“Thanks to the strongest product line-up we’ve ever had and the dedication of our retail partners to provide a better sales experience, we were successful in growing retail sales by double digits, while keeping incentive spending below industry average,” said Randy Parker, vice president, National Sales, Hyundai Motor America. 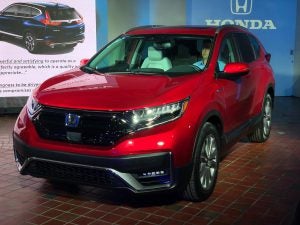 Honda said its sales increase in November came courtesy of CR-V and HR-V.

(Skip the deals on TVs and toys, get a new car on Black Friday)

Meanwhile, ALG, a subsidiary of TrueCar, and a leader in determining the future resale value of a vehicle, projects average transaction prices or to be up 1.3% or $460 from a year ago and up 0.4% or $152 from October 2019.

“Not only are consumers preferring SUVs which are typically more expensive than their sedan counterparts, but they’re also choosing not to skimp on in-vehicle features and content, a positive indicator of consumer confidence in the economy,” said Oliver Strauss, chief economist at ALG.

“Automaker revenue is coming in strong as well, up 2.2% year-over-year, another signal that the automotive industry remains healthy.”

Total light-vehicle sales are expected to come in at an adjusted annualized rate of 17.5 million in November, a touch better than 17.4 million a year ago, according to LMC Automotive and J.D. Power. They expect industry deliveries to drop to 16.8 million in 2020, from about 17.1 million this year.