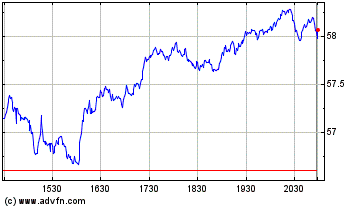 During the first quarter, caustic soda pricing in Olin’s system declined by approximately 9% from the fourth quarter 2018 levels.  At present, caustic soda pricing appears to be nearing a bottom, and Olin expects caustic soda pricing to begin to improve as the second quarter progresses.  Olin also expects further recovery of caustic soda pricing during the second half of 2019.  Olin continued to experience improvement in pricing for chlorine, ethylene dichloride and other chlorine-derivatives in the first quarter and anticipates positive supply and demand fundamentals for chlorine and chlorine-derivatives to continue through the balance of 2019.  We believe the favorable structural conditions in the chlor alkali industry resulting from expected demand and supply dynamics remain in place.  The Company remains confident in the long-term positive outlook for our Chlor Alkali Products and Vinyls business.

“During the second quarter, Olin expects caustic soda pricing in our system to decline from the first quarter levels.  As a result of the lower caustic soda pricing and sequentially higher planned maintenance turnaround costs, Olin expects second quarter 2019 adjusted EBITDA to be lower than the first quarter.  Olin also expects second half 2019 adjusted EBITDA to be stronger than the first half.  While Olin continues to expect 2019 adjusted EBITDA to be comparable to 2018 levels, we now believe that there is more downside risk than upside opportunity for the full year.  During 2019, we will continue to focus on achieving our debt reduction targets, while investing in our businesses, and returning cash to our shareholders to create long-term value,” Fischer continued.