LONDON (ICIS)–European polybutylene terephthalate (PBT) fourth-quarter  (Q4) contract prices are under upwards pressure on the back of increases in feedstock and Asian values. 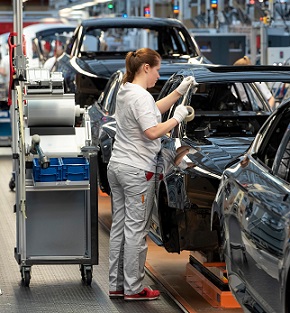 Both upstream paraxylene (PX) and purified terephthalic acid (PTA) prices have increased in Europe, which could result in PBT values rising in the final quarter of the year, one producer said.

PBT spot prices have also been rising in Asia on the back of pressure from PX and PTA higher costs, which could also put upward pressure on Europe’s values.

Sources expect prices for unfilled PBT are expected to rise slightly more than those for filled PBT due to the greater proportion of base resin in unfilled PBT.

The fourth-quarter settlement for feedstock butanediol (BDO) will also have an influence on PBT prices. Negotiations for BDO are expected to begin soon.

Supply of PBT continues to be tight, with import volumes from Asia limited, according to sources.

PBT demand, on the other hand, remains strong, with one producer arguing it had not seen any decrease in demand during August, which is typically a quiet month for many markets.

Earlier on Wednesday, the European Automobile Manufacturers’ Association (ACEA) confirmed healthy activity in the automobile industry – a key end market for PBT – during July and August.

German automobile major Volkswagen (VW) warned earlier this month, however, that car sales in September were likely to fall sharply in the EU, compared to August.

According to ACEA, sales may have accelerated in August – usually a quiet month for the industry – due to the introduction of new world harmonised light vehicle test procedure (WLTP) tests, that apply to all new car registrations from 1 September onward.

Third-quarter contract prices for PBT settled at increases of €0.05/kg on strong demand and tight supply. 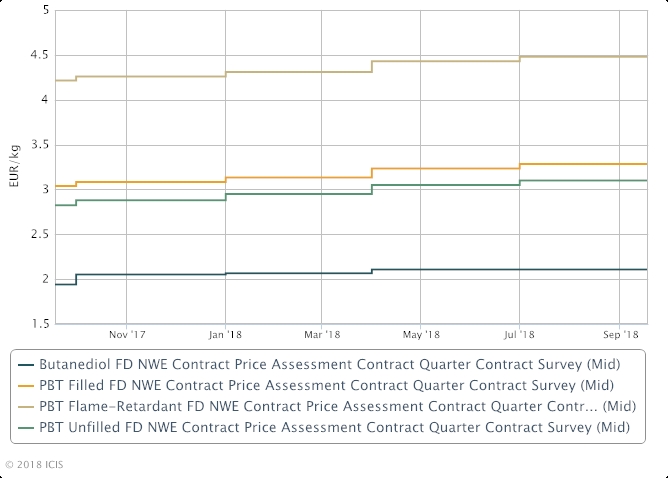 PBT, an engineering plastic, is a thermoplastic polyester resin used in the automotive industry for mirror housings, fans, fuse boxes, cowl vents, and motor and ignition system components. It also has uses in electrical and electronic products.

Pictured: An assembly line at an Audi plant in Germany
Source: Stephan Goerlich/imageBROKER/REX/Shutterstock