Meanwhile, spot prices for propylene have continued to rise, leading some market participants to predict that June propylene contracts might settle around 5-6 cents/lb higher from May, although no firm nominations for June contracts have surfaced yet.

US polyether polyol prices are heavily influenced by movement in propylene costs and generally track movements in propylene prices with a lag of around one to two months.

Buyers had been hoping to obtain some price relief after propylene contracts settled lower for three consecutive months between February and April. Buyers may argue that, as they did obtain a price decrease while propylene costs were falling, they should not be expected to pay higher prices now that the propylene market has reversed direction.

ICIS has raised its assessments for US polyether polyols by a cumulative amount of 6 cents/lb since the start of 2018.

Major US producers of polyether polyols include DowDupont, BASF, Covestro and Hunstman. 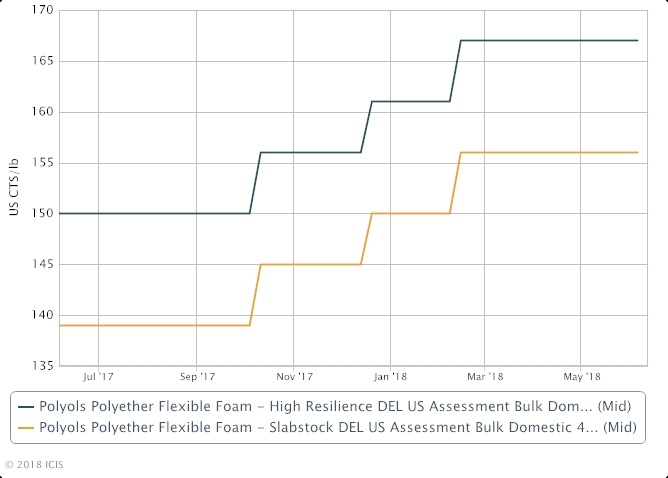