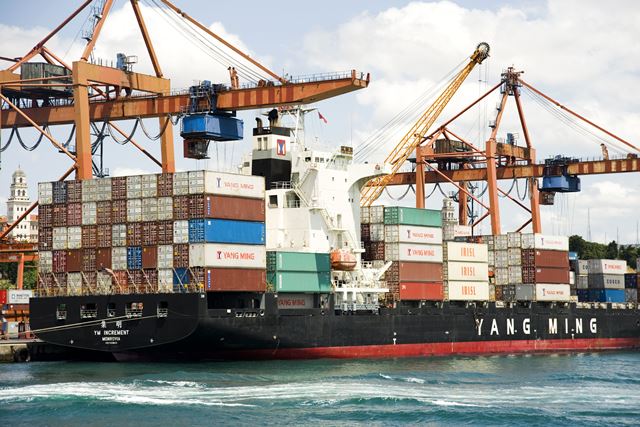 SINGAPORE (ICIS)–Spot propylene prices in Asia fell for two consecutive weeks, losing some 8.6%, and may remain on a bearish run in November amid ample supply and weak demand, industry sources said on Tuesday.

Demand is expected to be weak in southeast Asia this month, while Chinese buyers will be nicely poised to scoop up more affordable propylene, they said.

Spooked by lengthening supply from both China and southeast Asia, some sellers were reducing offers without much pressure from buyers, leaving some market participants slightly bemused. The confusion kept some of the buyers on the sideline, preferring to wait for clear price indications.

“Offers were coming down almost on a daily basis and I did not even have to ask,” said one Chinese buyer. “I will wait one week before deciding what to do.”

Increased propylene supply in China has given buyers the luxury to pick and choose – a privilege that belonged to sellers just a few short weeks ago.

Lengthening supply in China was supported by the restart of Wanhua Chemical’s 750,000 tonne/year propane dehydrogenation (PDH) unit, according to market sources.

Elsewhere, Ningbo Fuji Petrochemical is expected to conduct trial operations soon at its 600,000 tonne/year PDH plant in Zhejiang province. If successful, the producer will be able to start up its integrated 400,000 tonne/year polypropylene (PP) plant within the year.

The new supplies will impact the balance of the propylene and PP markets in China. On paper, Ningbo Fuji will a net propylene surplus of up to 200,000 tonnes/year based on the designed capacities of the integrated complex.

Supply is also coming from southeast Asia, with sellers trying to find buyers in China since demand for November cargoes is virtually nil in Indonesia and many parts of southeast Asia, as well as Taiwan.

“We are fully covered till the end of the year as we are amply supplied by our local contract partners,” said one Taiwanese buyer.

But suppliers are undeterred by the sudden supply glut amid healthy downstream polypropylene (PP) market.

“PP margin is still good, I don’t see why I have to sell now,” said one Korean propylene producer.

A separate Korean producer has no spot cargoes to sell in November because of a scheduled turnaround at its fluid catalytic cracker (FCC). 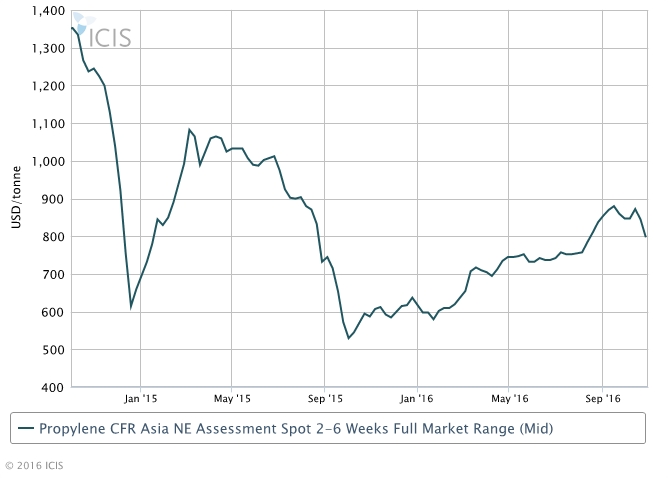