HOUSTON (ICIS)–US July propylene contracts settled up by 1.5 cents/lb ($33/tonne) for a majority of the market, sources confirmed on Thursday, tracking higher spot trades in mid-July.

Market players anticipated a moderately higher settlement for July on the back of an uptrend in bid and offer levels, although trade activity was sparse in late June and early July.

Trade levels then rose to 39 cents/lb in mid-July, putting pressure on July contracts.

While inventories have declined 38% since reaching record highs in late February, the market is still comfortably supplied against sluggish demand.

The main outlet for propylene is as a feedstock for polypropylene (PP). Propylene is also used to produce acrylonitrile (ACN), propylene oxide (PO), a number of alcohols, cumene and acrylic acid. 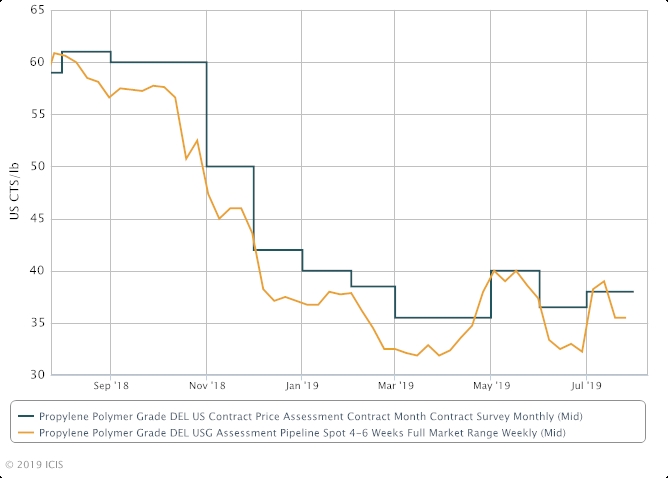