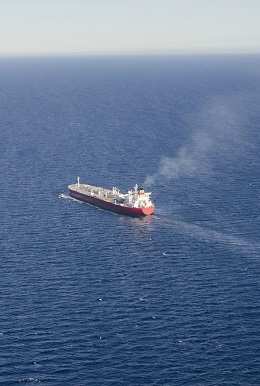 LONDON (ICIS)–Tightness in the European propylene market is likely to persist at least into September despite imports, with spot prices firming as a result, sources said on Friday.

While the imports recently booked from the Americas and freshly booked from Asia are expected to provide some relief in supply, some sources suggest that the imports are unlikely to make a significant difference.

This is because stocks are at a very low level, following a spate of recent output constraints and it is proving difficult to replenish stocks as demand remains robust, despite the summer holidays and because of some autumn cracker maintenance turnarounds.

“I think the market is so tight, it is not a matter of price, but it is a question of getting the material and on margins and who can afford it,” the seller added.

A trade held a similar view: “I think 20kt [20,000] tonnes of import won’t change the world.  If demand remains good and maintenances coming up, it will be hard to replenish stocks.”

Demand from the downstream polymers sector and some other derivative markets continues to be healthy, albeit with one or two exceptions, but generally with little-to-no evidence of any real summer slowdown.

One supplier said it is still early in August, but it says its initial demand indications for downstream polymers are relatively strong.

However, it added it is mindful of the bearish tone in the upstream crude and naphtha markets, which could give rise to a wait-and-see attitude among olefin buyers.

The supplier went on to say that attitude could affect demand, although it added it had not seen any evidence of this, in fact quite the contrary for the time being.

There was also some talk of quite a few enquiries for propylene spot for September and even some interest for October as well.

Polymer grade propylene (PGP) spot prices at August monthly contract price flat were no longer possible and premiums of 3-5% on top of the August contract price were talked at a minimum, although some players considered premiums to be larger.

There were two spot polymer grade propylene deals mentioned this week, 1,000 tonnes of domestic PGP was sold at €750/tonne FD (free delivered) NWE (northwest Europe) for August delivery, which reflects a premium of around 12% over the August contract price.

An import cargo of 4,500 tonnes of PGP ex-Asia was also booked this week at $850/tonne CIF (cost, insurance and freight) NWE for September delivery.

Both parties confirmed these deals.

Inland chemical grade propylene (CGP) supply was also tight due to good demand, refinery constraints and the knock-on effects for CGP of PGP being tight for those that could accept both grades of propylene.

“I think propylene is not available either grade,” said one buyer.

A 1,000 tonne CGP spot deal FOB (free on board) NWE was concluded this week, albeit on a formula-related basis.