Propylene Up 5c for May

Initial US May propylene contracts settle at 5 cent/lb increase

HOUSTON (ICIS)–Initial US May propylene contract price settlements are at an increase of 5 cents/lb from the prior month, although the settlement is not yet marketwide, market sources said on Thursday.

If fully accepted, the settlement would put May contract prices for polymer-grade propylene (PGP) at 51.0 cents/lb ($1,124/tonne) and for chemical-grade propylene at 49.5 cents/lb. 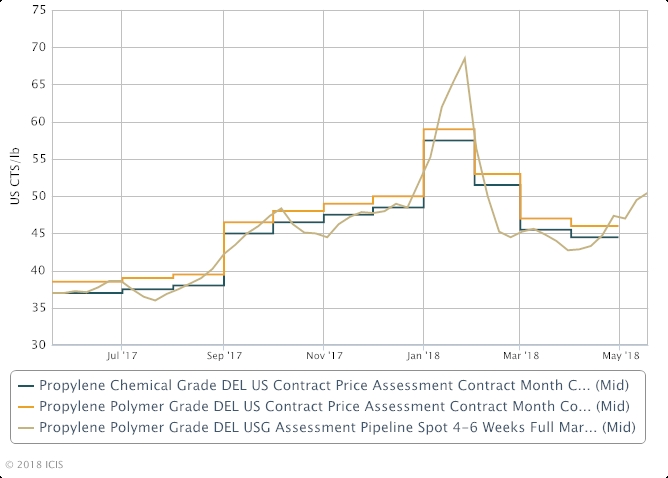 The increase follows three consecutive decreases for propylene contracts after a tight market had pushed prices sharply higher early in 2018.

Although propylene supply and demand are more balanced in May, rising costs for upstream crude oil and propane have kept upward pressure on propylene prices.

Most propylene is produced in refineries, as a co-product of gasoline. Prices for refinery products have risen alongside crude oil costs, which have been rising amid tensions in the Middle East and global supply concerns.

The higher crude oil values also pushed up prices for propane, which produces propylene directly in propane dehydrogenation (PDH) units and as a co-product of ethylene in crackers.

A full settlement is pending further confirmation from market participants. 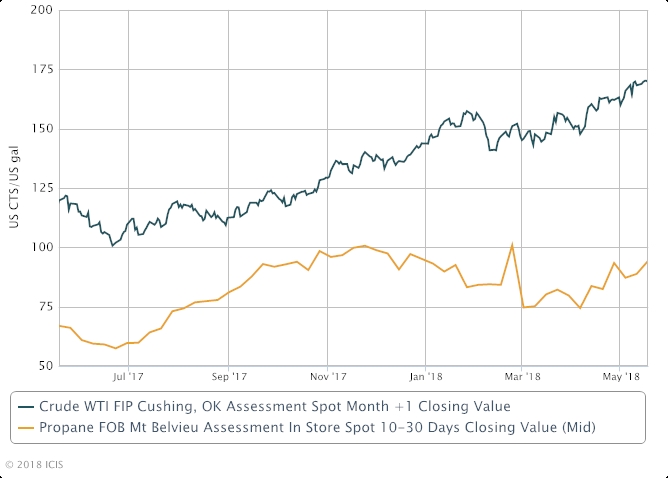